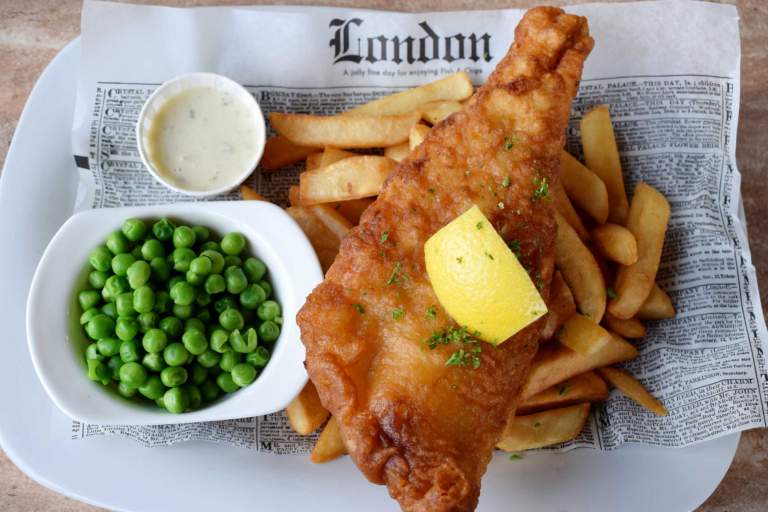 Walking through to the restaurant at Otter Garden Centre in Plymouth is via a deal of temptation, including beautiful displays of seasonal plants. When I visited, there were bucket-loads of spring bulbs to peruse.

The restaurant itself is a large, bright space with different areas – the main restaurant, a tucked-away section and an orangery, which is where I sat with my guest, K. The order station is well placed at the entrance to the restaurant, with plenty of staff on hand and menus displayed on blackboards and the walls. After some thought, we plumped for chicken with mushroom & garlic, and fish & chips.

The orangery looks out over the outdoor plant centre and provides a pleasant environment for a catch-up while waiting for the food. When it arrived, there were raised eyebrows: this was not what we were expecting from garden centre restaurant fare; the portions were more than generous and beautifully presented.

My fish, a local ale-battered haddock, was as light as can be, with freshly cooked chips served on a piece of mock newspaper – a nice touch. I snuck a taste of K’s chicken, which was deeply flavoured without the garlic overpowering the meat.

The restaurant staff were courteous, friendly and helpful, visiting the table to check that we were enjoying our meal. Restaurant manager Adele Rundle said her team had been working hard to make the meals really tempting, and we told her the effort had certainly paid off.

"The portions were more than generous and beautifully presented"