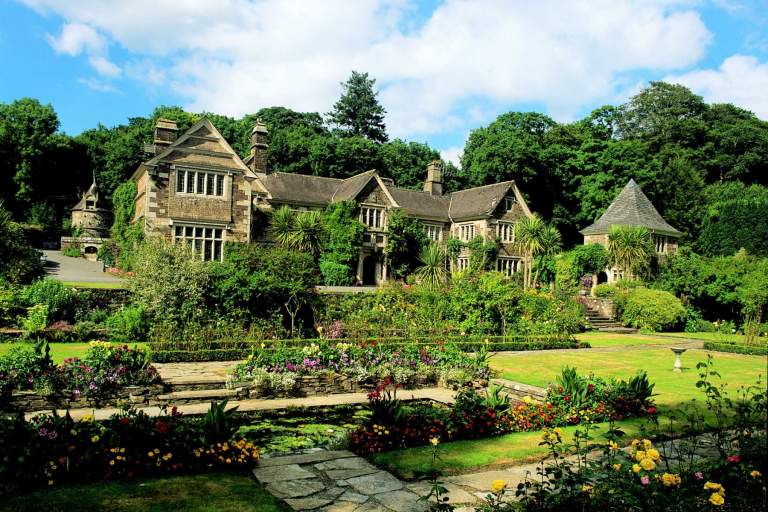 Luxury hotel and restaurant Lewtrenchard Manor retains buckets of character from its Jacobean heritage – it was first mentioned in the Domesday Book in 1089.

Our meal, prepared by Head Chef Matthew Peryer, was flawless. An appetizer of pig’s cheek caused momentary consternation but we tucked in and ended up fighting over the last mouthful. A complimentary gazpacho with Devon crab made with tomatoes from the garden cured me of a decades-long aversion to this crustacean. Two-nil to Lewtrenchard.

Starters were a pressing of chicken partnered with foie gras and cunningly smoked almonds, bursting with flavour and texture, and a creamy, melt-in-the-mouth Vulscombe goat’s cheese pavé.

We both chose fish mains: lemon sole and fillet of turbot. Despite the grandeur of the hotel, there isn’t an ounce of stuffiness, least of all from the marvellous Sue Murray, part-owner of the hotel, who took time to tell us about her family’s relationship with Lewtrenchard Manor. Her love of the house was obvious.

It would be a disservice to the chef to try to describe each dish with superlatives. Suffice to say, not a crumb remained on either plate during each of the courses.

Coffee and petits fours followed, and after another chat with Sue, who showed us a newly opened courtyard, we departed with the full intention of returning another day – hopefully to stay at the hotel, too.

Sue loves: the Jacobean atmosphere, feasting on a pig’s cheek, dining in a house that is truly loved