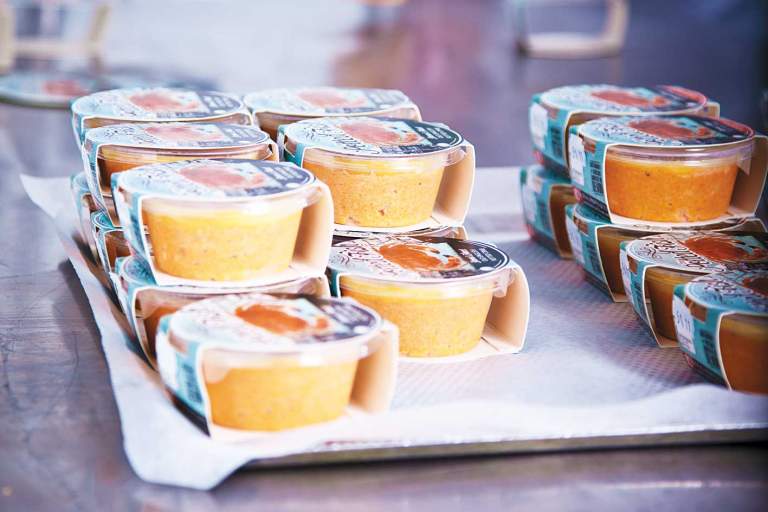 At just 17 years old, Jonathan Bailey left his home in Bovey Tracey, Devon for an exciting new life in London. But it was on a return trip back home two years later, when he was given a large brown crab, that Jonathan came up with the idea for a new business. Returning with the crab to London, Jonathan and his friend experimented and came up with a recipe that allowed him to get his new business off the ground. So The Potted Fish Company was born.

Moving back to Bovey Tracey, Jonathan started to sell his products at local markets, which generated a great deal of interest and a positive response. “From this I assumed that there was potential to do something bigger and more exciting with the product,” says Jonathan.

The Potted Fish Company was launched at the Specialty and Fine Food Fair in London in September 2010, and a number of large supermarkets and top stores such as Selfridges and Harrods were immediately interested. Jonathan says: “It was at this point I realised we were onto something good.”

The majority of the company’s sales and growth have occurred this year and Jonathan recently had offers from three major supermarkets. From September, the company’s products are being stocked in 70 Sainsbury’s stores.

Despite having hit the big time, Jonathan is determined to stay true to the core values of the company and to his roots. “We use local suppliers and try to keep production in Devon as much as possible,” he says, explaining that this is sometimes difficult now that the company is operating on a larger scale.

Sustainability is also one of the most important aspects for the company. Jonathan says: “I won’t work with anyone who can’t prove that their products are sustainable and we go through lots of hoops to ensure this. We were due to launch a new prawn product in Sainsbury’s as well but I have delayed it because I cannot find a supplier that is local or sustainable. Until I find someone who can supply us I won’t be manufacturing that product.”

New lines that will be launching in Sainsbury’s later this year include smoked mackerel with horseradish and salmon with sesame and ginger. But Jonathan’s plans don’t stop there. “By the middle of next year I would like to launch a sustainable Devon fish pie and we’ll also have a number of different fish cakes. We are also hoping to enter the ready meal market, with a Devon seafood risotto,” he says.