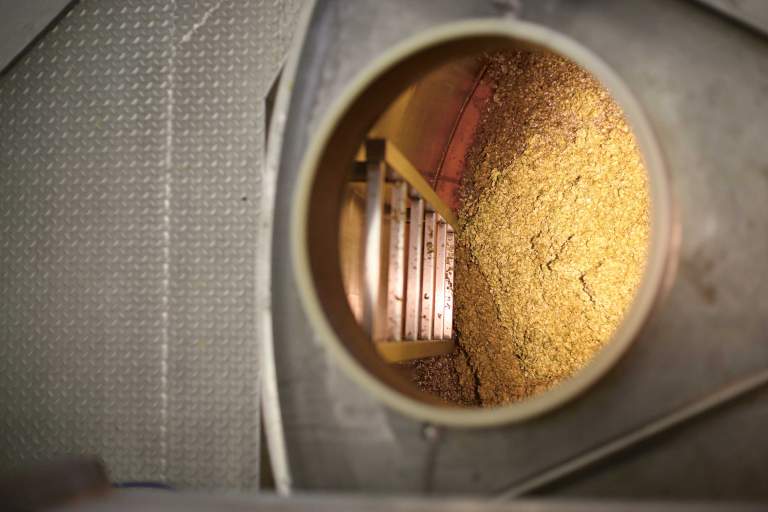 David and Mary Ann McCaig began Otter Brewery on the site of a 16th-century farm in 1990 with a dream of producing commercially viable beers full of integrity, flavour and provenance. They have since grown the business into one of the region’s leading suppliers of cask-conditioned beer.

A raft of top awards are testament to the couple’s vision and hard work and it is evident that family values and the desire to make the business as sustainable and as ecologically sound as possible still underpin everything they do.

Inside, the brewery is about as high tech as a small brewery can get. Housing two plants of stainless-steel equipment, it has the flexibility to brew individual runs of 35 or 65 barrels, or a total length of 100 brewers barrels (28,800 pints).

Outside, every effort is taken to minimalise the visual impact of the process on the rural landscape. In 2009 Otter completed the UK’s first eco cellar. Dug deep down into the sandy Luppitt ground, and capable of harnessing the earth’s natural temperature to chill the beer, the design of this 21st-century cave is drastically reducing Otter’s carbon footprint as well as streamlining production. It is built from low carbon clay honeycomb blocks that were chosen for their thermal and acoustic dampening properties; the exterior walls are wooden clad and on top of the impressive structure sits a sedum roof that changes colour with the seasons. Six large solar tunnels continue the energy-saving theme by channelling natural light from the ground level to the lower levels.

In April it was announced to be ‘Eco Project of the Year’ at the South West Property Awards and most recently it won ‘Best Business Innovation’ from the Society of Independent Brewers at its annual business awards.

The design lowers the brewery’s CO2 emissions by more than 6½ tonnes a year – the equivalent of removing eight chillers and compressors. In a very short time this will zero rate the new cellar and save the business more than £27,000 a year. The living roof provides a haven for wildlife and also helps to blend the building into the natural habitat of the surrounding Blackdown Hills – an Area of Outstanding Natural Beauty.

The brewery draws its water from the head springs of the River Otter. The waste malt goes to a local cattle farmer, the yeast remains to a neighbouring pig producer, while the effluent is filtered by reed beds and ponds on land below the brewery. The waste hops make good garden compost and barn owls and pipistrelle bats both call the brewery home.

Draft Otter is available in pubs across Devon and bottles of Otter are available in some regional supermarkets and from farm shops.