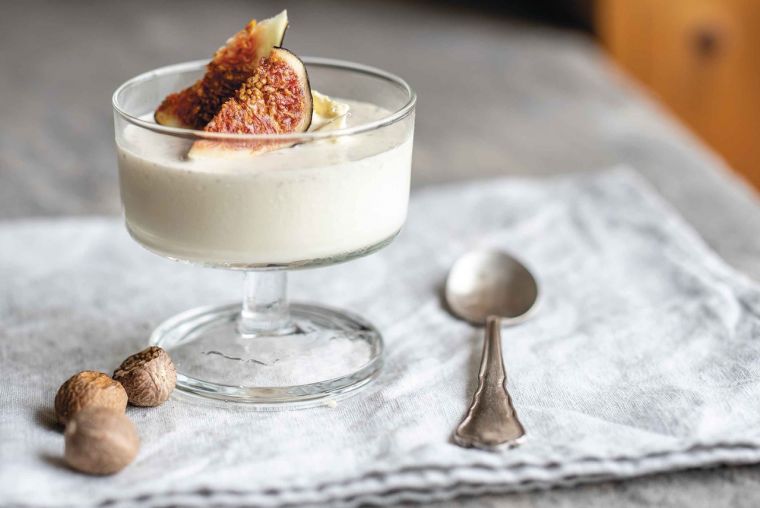 Wherever you are in our glorious county, you only have to look around to see the rich harvest to be found off the coast and on the land. The meat, fish, crops and dairy produce – even the hedgerows – have provided a natural larder for generations of cooks to choose from.

Today, we think nothing of popping into a supermarket and just simply choosing anything that takes our fancy, from anywhere in the world. But our grandmothers and great-grandmothers would only have had the pick of what could be grown, reared, caught or harvested close to home.

Far from creating a bland diet, Devon’s traditional dishes are rich and varied from hearty meat and simple fish, to creamy desserts and delicious bakes. Never mind what they say over the border, Devon really is the home of the cream tea. Victorian travellers were able to get to the West Country by train from May 1844 when the service first reached Exeter. Before long, branch lines were taking visitors to the country and the coast, all looking for something delicious to enjoy and farmhouses, cafes, hotels and restaurants were only too happy to oblige. Jam for the cream tea was usually strawberry from local farms, and the cream was always clotted.

Forget the fruit scone though, Devonians preferred Splits – sometimes known as Chudleighs (named after the town). This butter-rich, sweet bun has no fruit or other flavourings which serves as the perfect vessel for the addition of sugary jam and thick cream. And in Devon, it’s cream first, in complete contrast to Cornwall.

There’s also a spirited cross-border rivalry when it comes to the pasty. The Cornish Pasty Association likes to believe that their version dates back to the 14th century, becoming particularly popular in the 19th century as the perfect portable meal for tin miners heading underground (the crimped edge was used to hold the pasty with grubby hands).

With the green fields providing the best grazing for beef and lamb, savoury dishes are on many a Devon menu. Native species include the iconic Red Ruby Devon cattle, a recognised breed since 1851. They are often found in environmentally sensitive areas and recognised by Natural England for their value as a natural conserver of the fauna and flora of these landscapes. The South Devon breed – the UK’s most popular – is great for meat and dairy use.

Devon also provides grazing for several native varieties of sheep (including the Whiteface Dartmoor) and pig (including the UK’s only black pig, the Large Black, which was bred in the county).

Lamb features in two popular, traditional Devon dishes. Dartmouth Pie, first recorded in 1822, contains lamb, fruits and spices under a pastry crust. Originally it would have been made with mutton and dried fruit such as prunes. Devonshire Squab Pie (although the name suggests it would be made of pigeon) is a similar concoction, but includes apples and is traditionally served with cream on the side.

Apples often feature in Devon recipes in one form or another, as the countryside was rich in orchards, mainly grown for making cider and apple juice. Recipes such as Apple Dappy and Devon Apple Cake have used this popular ingredient to produce filling puddings to sustain those doing hard physical work. And it has to be served with lashings of Devon cream. A region rich in dairy produce can find plenty of ways to use up supplies including junket, posset, yoghurts and creamy desserts.

The revival of interest in traditional recipes and ingredients is not just about looking back. The county still offers a rich larder – Bigbury Bay oysters, Taw mussels, Brixham scallops, Dartmouth crab, Clovelly’s herrings – the ‘silver darlings’ – and the ubiquitous mackerel as well as lamb, beef and pork. The warmer climate in the West Country makes it possible to grow grapes for wine, crops for brewing ales, as well as soft fruits. There’s even a chilli farm in South Devon, and Quince Honey Farm in South Molton is the UK’s largest honey producer.

We can turn to the past for inspiration, but today’s chefs and cooks are embracing the buy local ethic and using great Devon ingredients for innovative recipes that will, no doubt, become tomorrow’s classics.

Why not have a go at making some traditional dishes yourself – they are surprisingly easy and delicious too!