Celebrating 20 years of serving up a storm in the South West, the Tanner brothers share their Devon journey 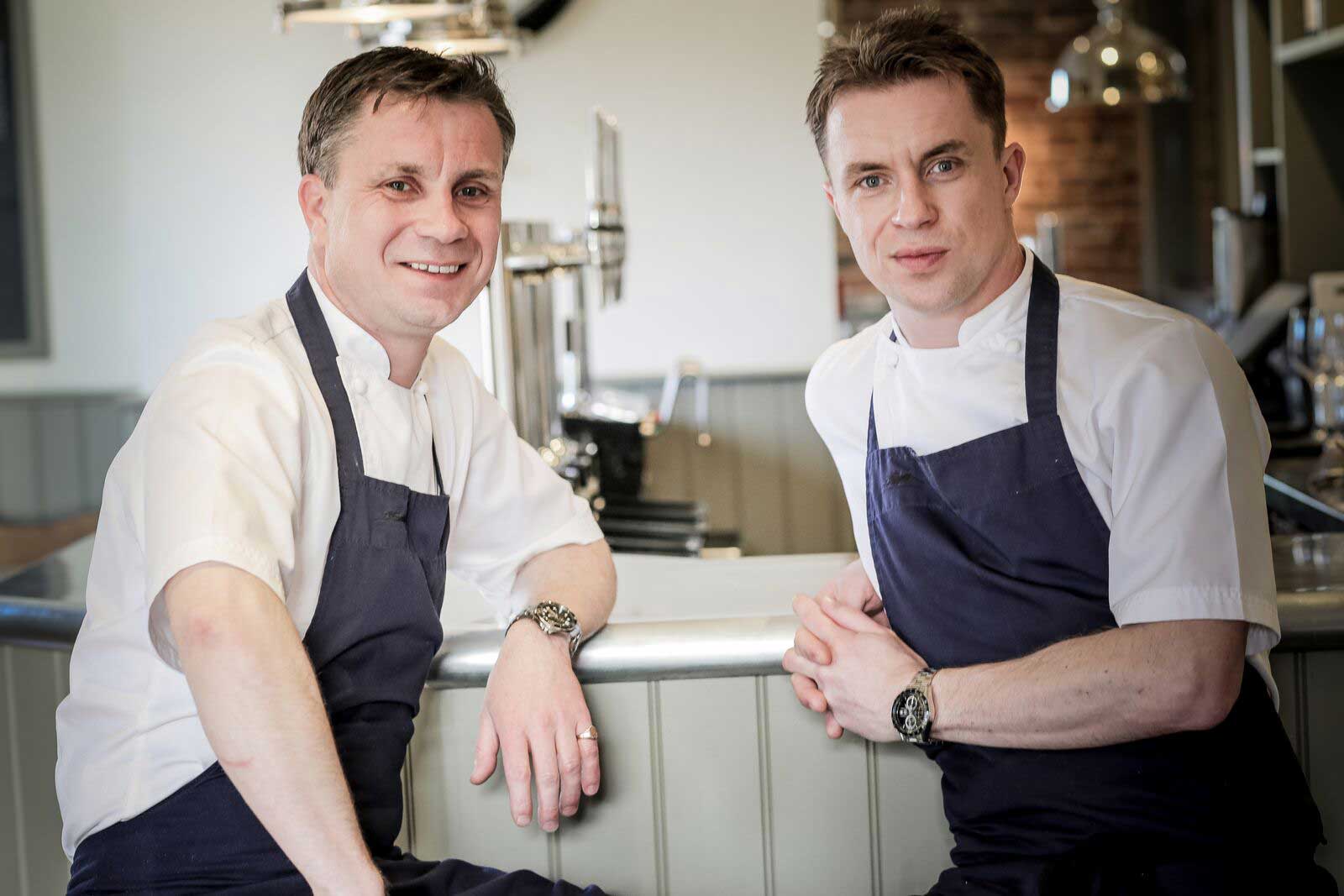 Famed for their award-winning approach to modern British dining, acclaimed chefs, restauranteurs and brothers, Chris and James Tanner, are celebrating 20 years of serving the South West. Playing a starring role in the resurgence of the region’s dining scene, Chris and James talk about their passion for Devon, the county’s unmatched larder and how keeping it simple is the recipe for success.

At the heart of the city’s dining scene for two decades, and despite not being Devon natives, both Chris and James have become stars of the South West’s food industry, championing local produce and suppliers, while winning a reputation for creating simple, high quality, delicious food. Opening their first restaurant, Tanners, in 1999, the brothers have gone on to serve over a million guests, with their Barbican based brasserie, Barbican Kitchen, now a staple on the historic waterfront strip.

The brothers were drawn to Devon after visiting the region as children, with Chris Tanner saying: “Our love affair with the region started more than 40 years ago, when we regularly went on family holidays to Devon’s coast. When it came to opening a business and raising our families, Britain’s Ocean City seemed like the perfect setting, offering an ideal mixture of modern and country living.

“The region is also home to some of the best ingredients and produce, with everything from meat and fish to vegetables available just a stone’s throw from our doorstep – for us, there was no better location to launch a restaurant.”

The brothers’ illustrious careers have taken them to some of the finest dining establishments in the UK with James working for Martin Blunos at Michelin-starred, Lettonie in Bath and Chris taking positions at Brands Hatch Hotel, Le Gavrochein Mayfair for the Roux brothers and Kitley House Hotel, a 500-year old country house in Devon. Both have enjoyed periods of working overseas with James working at the Roux Brothers’ Lake Placid Lodge in New York and Chris also working in kitchens in New York, France and Jersey.

Chris and James decided to join forces and launched their first family venture, Tanners Restaurant, a fine dining eatery in Plymouth, which received the AA’s ‘Best Restaurant in the UK’ award shortly after opening. In 2006, after making the difficult decision to close Tanners, the brothers opened Barbican Kitchen, housed within the world-famous Plymouth Gin’s distillery and central to the picturesque Barbican waterfront, Sutton Harbour and Mayflower Steps.

Since focusing their attention on running Barbican Kitchen, the brothers have continued to go from strength to strength. Talking about the key to their success, James said: “It’s about offering good food at a realistic price, and while tastes, trends and appetites might change over the years, our approach to food hasn’t.

“We are focused on keeping it simple and not overcrowding a dish, using only the best in high quality, locally sourced ingredients from our network of regional suppliers – many of which have been working with us since day one! While our menus are always evolving to reflect what’s in season, we are also known for doing the traditional well – for example, we have been using the same beer batter recipe for 20 years, which has always been one of our diner’s favourites!”