Crab sandwiches on crusty brown bread; mackerel fishing from the sea wall … so many Devon food memories come from the sea 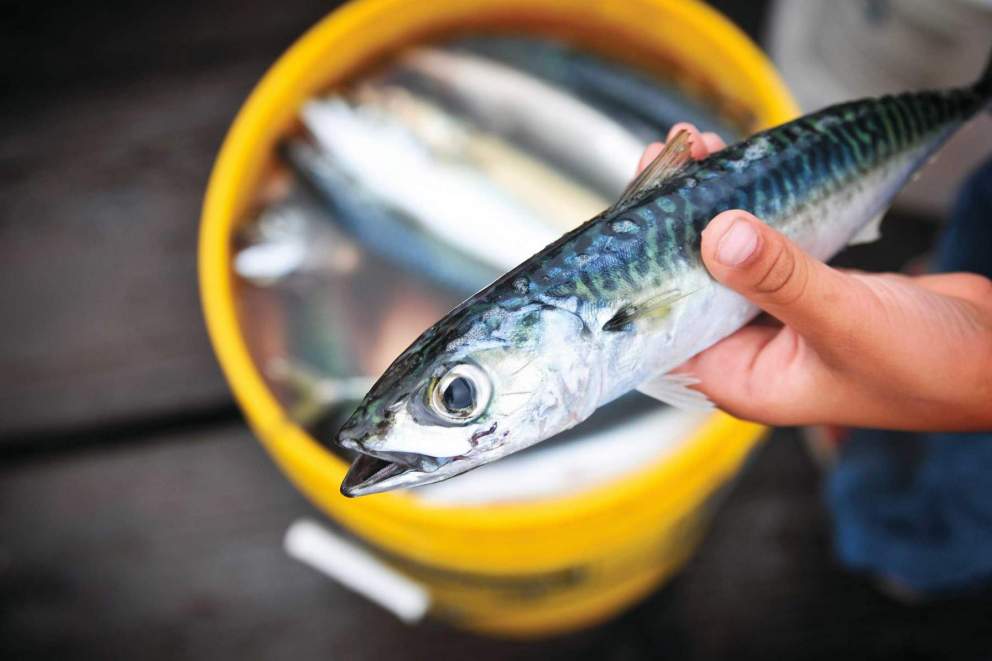 All around Devon’s coast, the fishing industry is alive and kicking - vibrant, thriving and a source of enormous pride. Those who catch, sell and cook Devon’s fish and seafood share a fervent zeal for this most precious natural resource. Their tenacity has sustained the industry through years of political and environmental debate, with opinion pushed and pulled by issues ranging from quotas and depleted fish stocks to fish farming and factory fishing. The determination and enthusiasm of the current generation of fishmongers and restaurateurs is rebuilding consumer confidence in what fish to buy, where to buy it and how to cook it, championing the rediscovery of many species plentiful in Devon’s waters but less familiar on our plates. Mitch Tonks, local restaurateur and food writer, boldly claims, “It’s the best fish in the world and that’s a fact!”

The cold, clean, fast-moving waters around Devon yield a top-quality catch, and speedy landing by day boats results in unrivalled freshness. Seasonality is also key: many species migrate into deeper oceans to breed or feed at certain times and day boats aren’t designed to follow them. So if they can be caught in shallower inshore waters you can be assured they’re plentiful – and with abundance comes affordability and sustainability. Because the choice that comes from local boats is so varied year-round, there’s really no need to buy imports. As Richard Beynon (owner of Gibson’s Plaice in Exeter) says, “It’s just like a vegetable garden – not all the crops pop up at the same time!”

In keeping with the autumnal months of harvest, the sea yields plentifully in September and October. Oily fish such as mackerel, herring, sardines and sprats are deliciously flavoured, easy to cook and full of health-giving properties. Flatfish like plaice and the more pricey turbot have delicate flesh and a subtle flavour, and skate wing is deliciously meaty, if misunderstood. Dabs are in their prime and an affordable alternative to lemon sole. Try sea bream as an excellent replacement for sea bass. Red Mullet – known as the ‘woodcock of the sea’ – offers a distinctive, gamey flavour, while gurnard – though maybe not the prettiest to look at – brings versatility. Squid and the underrated cuttlefish will become plentiful and shellfish – great brain food, low in fat and cholesterol – abounds, whether it’s clams, cockles and mussels or scallops and native oysters. Brown crab, its less appreciated cousin spider crab, and local lobster are at their best following a summer of feeding in warm waters.

But where to start? Visit your fishmonger, find out what’s plentiful and ask for recommendations. Dan Garnett from Clovelly Fish believes “it’s about building trust and a relationship with your fishmonger – getting back in touch with expert suppliers”. That way you know what’s local and what’s seasonal: the two keys to fresh and delicious fish. Maxine Hern, owner of Salcombe Fishmonger, recognises that people are often unsure how to cook less familiar fish and are particularly nervous about wrongly cooking shellfish. This is where your fishmonger can always offer help and reassurance.

Devon’s seafood restaurants are also eager to offer inspiration: chefs and restaurateurs such as Tom Ward from Harbour Kitchen and Will Froude from The Anchorstone Café are as evangelical about their speciality as their fishmonger colleagues. Tom feels that “building knowledge and trusting the chef” can lead us to greater enjoyment of a variety of fish and shellfish, and Will believes chefs can lead the way by putting more unusual fish on their menus. Sarah Lock, co-owner of Harbourside Fish and Chips, observes: “We still rely too much on the big five fish – cod, haddock, tuna, salmon and prawns. Consider using pollock and hake over cod and haddock, trout over salmon, mackerel and herring over tuna. These are not just cheaper, they’re more sustainable and have their own unique flavours.”

And as for the best way to eat it: as simply as possible is the prevailing opinion. With raw ingredients fresh from the sea, their own flavour should be dominant. Simple frying, grilling or baking with unfussy adornments such as lemon, mayo, green salad and brown bread are classics for a reason. Throw in a chilled glass of wine and a balmy Devon evening – there’s surely nothing better.

Seasonal recommendations from the experts

With September marking the start of the season, Mitch Tonks (www.mitchtonks.co.uk) recommends native oysters. Served raw and natural with a drop of vinegar and a sprinkling of chopped capers and shallots they are, as Mitch says, “one of the best unadorned foods of the sea.”

The famous Salcombe crab is recommended by fishmonger Maxine Hern (www.salcombeboathire.co.uk), with the meat hand-picked and served with a green salad and brown bread to let the flavour speak for itself.

As a plentiful and cheap alternative to tuna, Sarah Lock from Harbourside Fish and Chips (www.barbicanfishandchips.co.uk) likes grilled mackerel. The strong flavour of the fish means it works well in a crisp salad or teamed with roasted seasonal veg and couscous.

Richard Beynon, owner of Gibson’s Plaice (www.gibsonsplaice.com), is a fan of squid flash fried with garlic and chilli. Resist the temptation to fry it for any longer than 30 seconds.

Will Froude from The Anchorstone Café (www.anchorstonecafe.co.uk) would choose local crab over lobster and recommends spider crab, which, though slightly fiddlier to pick than brown crab, offers sweeter meat with more delicate flavour. Enjoy it from the shell with a glass of zesty white wine.