The world’s economy was once driven by them and every cuisine uses them. Clare Hunt finds out what’s going on in Devon’s very own spice trade 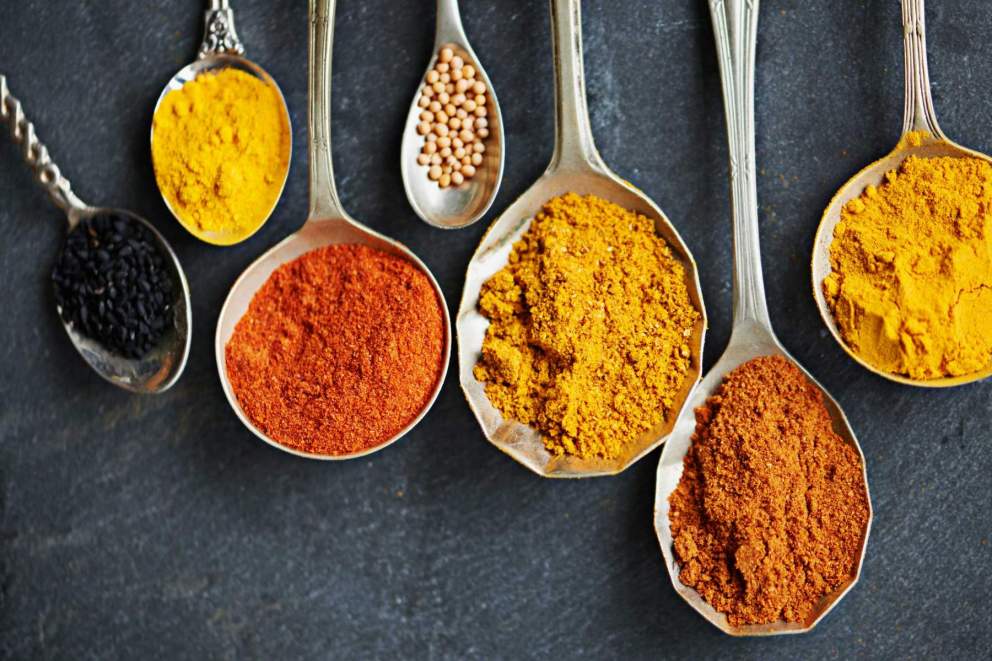 If pressed, you might not exactly be able to define what a spice is. Tasty, yes. Exotic, certainly. Therapeutic... maybe. Dried bark, roots, berries, seeds or stems are included; leaves are excluded as they’re herbs, even when dried. But oddities abound. Do garlic and ginger count? Fresh chillies? You wouldn’t get far in the creation of exotic dishes without those. So, let’s agree to keep things vague: a spice comes from a plant, it’s often (but not always) dried, and it tastes delicious. Leave it at that. 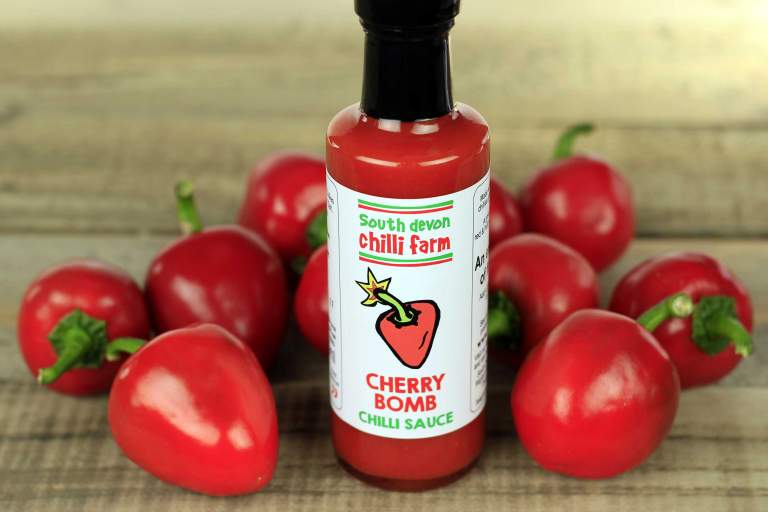 From a love of spicy food, with its feel-good endorphin rush, grew a passion for growing chillies, and from there grew South Devon Chilli Farm. The popularity of the vast array of chillies and chilli products grown and made on SDCF’s 10-acre plot reflects the growing appreciation the British public has for spicy foods. While some do seek out the challenge of the hottest chillies, most enjoy experimenting with flavour. Products like chilli chocolate and preserves offer spicy warmth every day, all year round.

Top tip for spicy cooking: Add a little bit of chilli at a time and keep tasting and adding more until you reach the right level of heat. Don’t touch the red-hot inner membranes and don’t rub your eyes after handling chillies. When fresh are not in season, use dried instead, or try chilli sauces and chilli preserves. 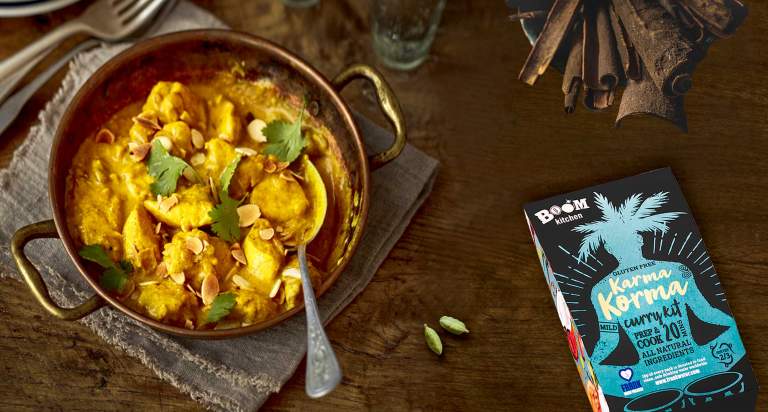 Carl Anderson developed a love of spicy food while travelling, gathering recipes and insights that he brought back home to experiment with. Jim Doel was inspired by a beef rendang cooked by Carl – a dish so delicious he couldn’t believe it was homemade. Boom Kitchen was built on the idea of staying in being the new going out, catering to people’s enthusiasm for home-cooked meals that are adventurous, satisfying and fresh. Their curry kits encourage experimentation, helping people get out of their ‘korma pigeon-hole’ to try something that’s not necessarily hotter, but that offers subtle sensations of heat and more complex layers of flavour.

Most popular product: Tikka Tarka Masala (like a Tikka but a little ‘otter’), or the new Sri Lankan recipe.

Top tip for spicy cooking: Experiment! Crush a couple of cardamoms and add them to your coffee or hot chocolate. Introduce some turmeric and saffron to Sunday’s roast chicken and see what your gravy tastes like. Grinding your own fresh spices lets you understand what they’re like in their non-powdered form. Or, try a kit that allows you to enjoy cooking a dish with a combination of fresh whole and ground spices without having to source lots of different ingredients. 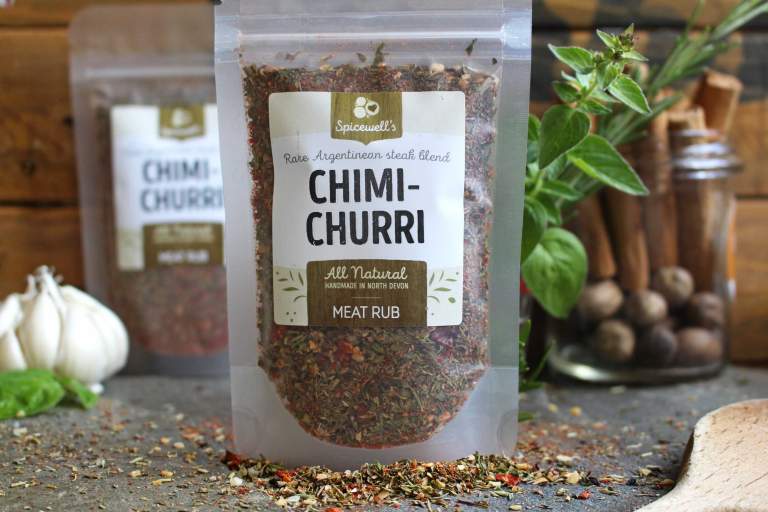 Steve and Jess Warren took a hobby and turned it into a cottage industry when they launched Spicewell’s. They started making spice blends, meat rubs and seasonings, as they wanted to enjoy more flavour and reduce the number of chemicals, preservatives and fillers they ate. They now sell at farmers’ markets, as well as at South Molton pannier market. They feel that the work of TV chefs highlighting cuisines that use spices – as well as the availability of blends and the burgeoning multiculturalism of UK society – has fostered a love for them among the British public, and a willingness to experiment.

Top tip for spicy cooking: Be fearless, adventurous and experimental. Toasting by dry frying in a heavy pan really intensifies the flavour of a spice before grinding. Whole spices that love being toasted include coriander, cumin, cardamom and fennel. Go easy toasting cloves and chillies. Trust your nose and remove the spices from the pan before they cross the toasted/burnt line.

Jayne Palmer is a herbalist who runs her own practice, Roots to Health, in Honiton. Spices of all sorts, from cinnamon to fenugreek, cloves to cardamom, are powerful ingredients found in Jayne’s dispensary. They’re made into concentrated tinctures that can be blended into bespoke prescriptions to answer the needs of individual patients.

Unsurprisingly, chilli acts as a stimulant, used to push other herbs around the system, or to counteract depression or the symptoms of ME. Ginger is a stomach settler with anti-nausea properties and is used for gynaecological complaints. Along with garlic, it’s an excellent antibiotic and effective treatment for digestive upsets. Turmeric has been making a bit of a name for itself in recent times but has been used by herbalists like Jayne for many centuries. As an anti-inflammatory, it’s commonly used to treat arthritis. ‘Golden paste’ is made by combining turmeric with oil and black pepper, and can be taken stirred through a glass of warm milk. As the spices are essentially foodstuffs, they’re inert, so don’t interfere with other drugs.

Cumin seed: earthy, pungent with a bitter edge that diminishes when toasted.

Cinnamon: sweet and earthy when used in moderation, spicy when concentrated.

Peppercorns: black Tellicherry and Sarawak are grassy, citrussy and pungent. White are gentler and more mustardy. Green are black peppercorns before drying. Pink and Sichuan are from a different family and considered peppercorn imposters.

Allspice: tastes of cinnamon, cloves and nutmeg, but it’s a berry in its own right, not a blend.

Turmeric: pungent, earthy and slightly bitter; often used for colour as much as flavour.

Fenugreek: tangy and bitter in flavour with burnt-sugar or maple-syrup undertones.

Khmeli-Suneli: coriander, paprika, marigold and blue fenugreek blend with herbs like marjoram, dill and basil in this spice mix from the Caucasus.

The Best Spice Kitchens in the West

Supha’s Street Food Emporium, Plymouth: Asian street-food treats from Thailand, Vietnam, Laos, Myanmar and Malaysia come to the city’s waterfront. There are plenty of veggie and seafood options, running the spice scale from subtly fragranced to hot and fiery.