A culinary destination in Clovelly

The North Devon fishing village of Clovelly allows visitors to step back in time… but not when it comes to the food offering, discovers Su Carroll 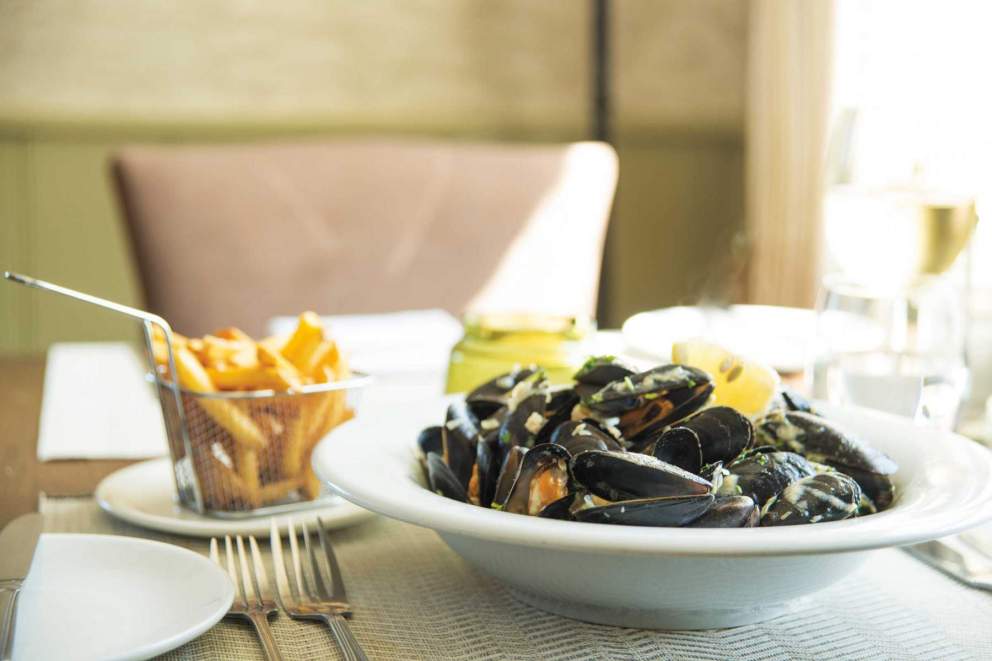 It was the author Charles Kingsley who put this North Devon fishing village on the map. He used the steep cobbled streets overlooking Bideford Bay as a location in his 1855 novel Westward Ho! It helped to attract Victorian visitors who delighted at the quaint cottages and little alleys tumbling down 400 feet towards the busy harbour, where they could see catches of fish, crab and lobster being landed.

The famous Clovelly donkeys would carry the catch of the day to the top of the village and bring visitors’ luggage down to the harbourside Red Lion hotel, alongside provisions for the villagers, post and other deliveries. The donkeys are now in retirement (you can still meet them), but little else has changed.

The estate of Clovelly was owned by William the Conqueror and passed down through the generations. In 1884, it was inherited by Christine Hamlyn. She and her husband set about restoring the pretty cottages – that’s why many bear her initials “CH”.

Only three families have owned Clovelly over the last 800 years and it’s currently in the hands of Christine’s great-grand-nephew, John Rous. John’s daughter, Maha, works in London, but says she cannot resist the draw of coming back to this special corner of Devon.

“I grew up in Clovelly and friends ask me what was so special about it,” she says. “I suppose it’s that sense of escapism. There really is something for everyone. If you’re into walking, there are wonderful coastal paths, right up on the edge of the cliff. At the other end is the harbour where you can take a boat and go out with a fisherman.

“I love to watch the dolphins chase the mackerel across Bideford Bay and then the mackerel chase the whitebait towards the shore. I took my young cousins out and they were so excited. You just put a bucket in the water and scoop out the whitebait. We took them home and fried them for dinner.”

Head chef at Clovelly, Mat Murphy, also grew up in the village and has the same fond childhood memories. He recalls coming home from school and rushing down to jump into the sea from the harbour wall, or catching mackerel and barbecuing it on the beach. His parents were chefs and he started by washing up in the kitchens at the age of 14. Mat then travelled, studied and gained experience in hotel kitchens before returning to Clovelly. He loves to experiment… anyone fancy seaweed chocolate fondant? Mat makes the most of the catch of the day which is landed just feet from the kitchen door of the Red Lion.

“We change our restaurant menu daily, depending on what comes in from the sea,” he says. “We are using sustainable fish because we don’t want to mess up the food chain. We have fruit, vegetables and herbs from the estate, plus local meat and even apple juice from our own orchards. I like to forage too – we look out for wild garlic, rosehips and samphire.

“It’s wonderful to put local fish on the menu. People go wild for our seafood platter with sea bass, crevettes, prawns, smoked salmon and a mackerel pâté. Our grilled whole mackerel with potato salad and a dressed salad is also very popular.

“People can sit on the harbour and eat the food they see the fishermen bringing in on the boats.”

Clovelly likes to remember where it came from, but Mat has some culinary ambitions too. “We want to make the restaurant a destination in itself,” he says. “We want people to come to Clovelly to eat at the Red Lion and the fine dining side of it seems to be going really well.

“It’s hard work, but it’s done with pride and passion,” he smiles.

The menu at the Red Lion changes daily, but could include:

Visit clovelly.co.uk for more information on the area. 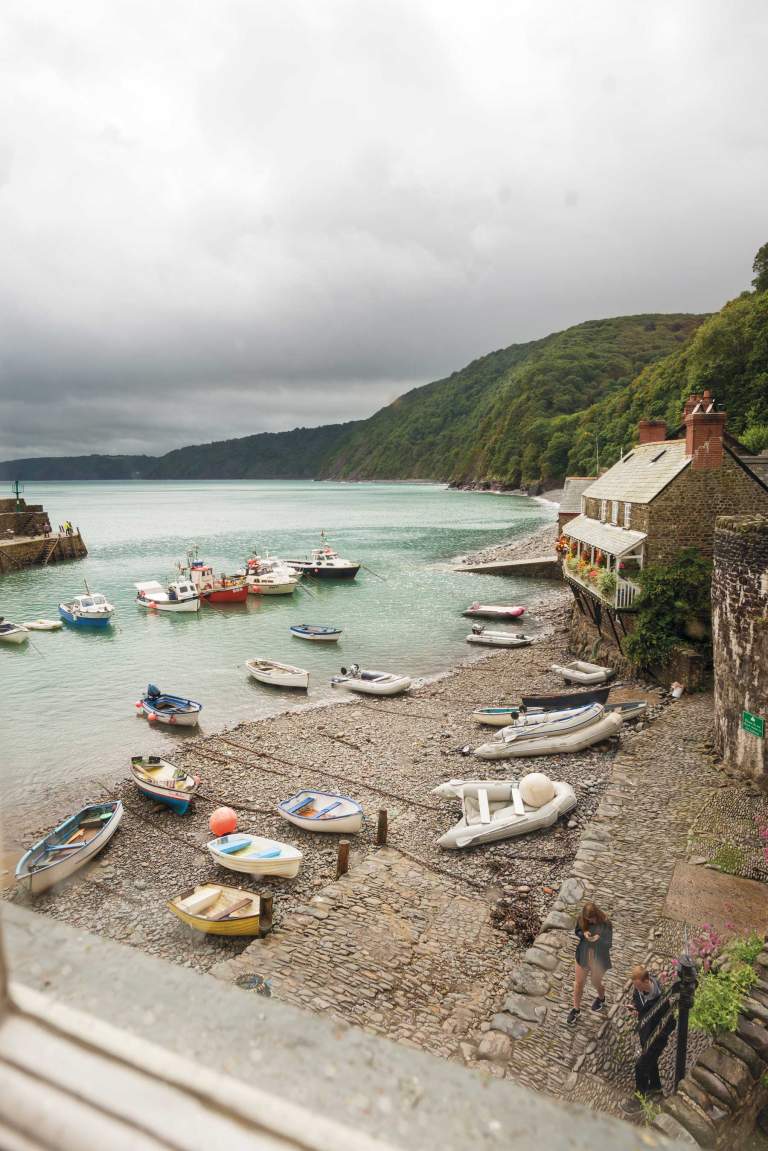