Catering in a Crisis

The Cridford Inn – in the beautiful Teign Valley – is learning how to survive and thrive with the support of the community it serves, discovers Alex Green 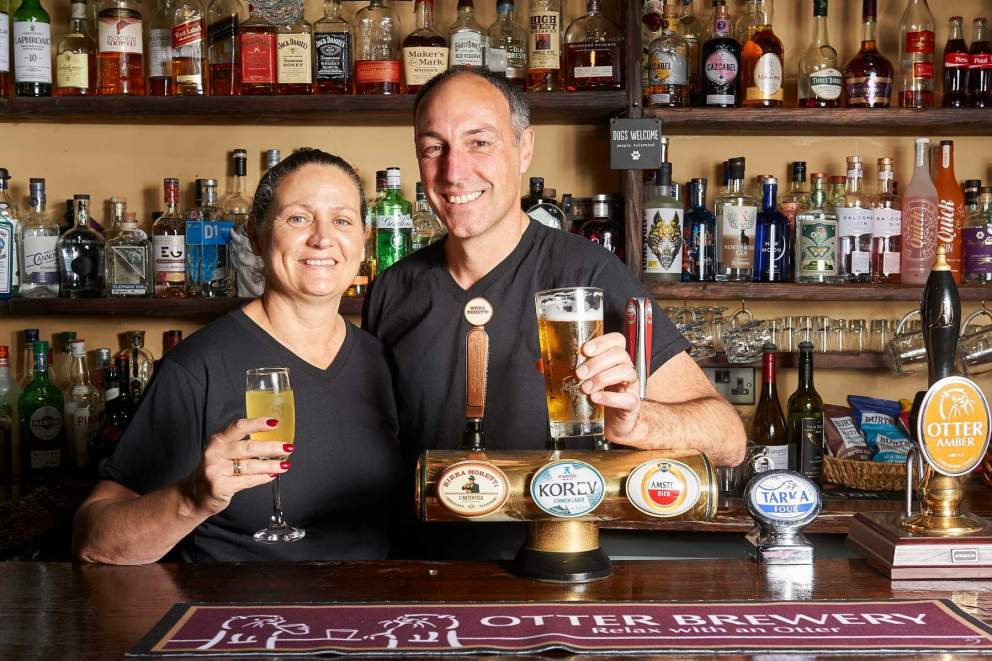 Two years ago, Paul and Ness Moir decided to up sticks and leave Surrey to pursue their Devon dream. They took on The Cridford Inn, a pub with four bedrooms in a beautiful longhouse in Trusham. It was never going to be easy. They had no previous experience in hospitality, but what they lacked in knowledge, they made up for in determination.

“We’d never done anything like this before. I used to work in the motor industry, so we really just dived in head first,” Paul explains.

By the start of 2020, they’d suffered a series of setbacks. Then along came Covid, and their doors closed indefinitely. “We decided to remodel ourselves to get something done during lockdown. We spoke to the village committee to see if there was anything we could do collectively to support each other – especially for our vulnerable neighbours who were shielding,” says Paul.

“Getting food was a challenge for some people,” he continues. “Our suppliers had plenty of food but no restaurant customers to sell it to. So we realised that together we could be the fruit, veg, dairy, fresh bread and meat supplier to the village.”

Paul and the team delivered leaflets to all the houses in the parish to let everyone know there was a support structure for anyone in need (with chores such as collecting prescriptions, shopping or walking the dogs), and he included a grocery price list with it.

Paul and Ness gave people the choice to have their groceries delivered, or collected from the Inn. Then, the idea for a market came about and by the following Saturday, 28 March 2020, they held their first one. “We spread the benches out around the car park with the produce displayed on top and used ornaments to mark out two-metre distancing,” he says.

Their friends and neighbours came along too, including Beardon Farm (selling Dexter’s beef, lamb and pork) and Little Leigh Farm (selling chickens).

A weekly market ran throughout lockdown, alongside a takeaway meal service four nights a week. By 4 July, when they were allowed to reopen the pub, it was time to get back to their core business. To their surprise and delight, the community came back to support them and they got busier and busier.

While more lockdowns are inevitable and safety measures are the ‘new normal’, Paul and Ness have a tried and tested recipe for success to see them through.

It’s been a difficult year for the hospitality industry. The Cridford Inn is one of the lucky ones and it’s thanks to the support of local people and businesses, who came together in a crisis to build each other up.