You can’t get more Devon than a cream tea. Dr Paul Cleave (Food Historian, University of Exeter) looks at its origins and discovers more 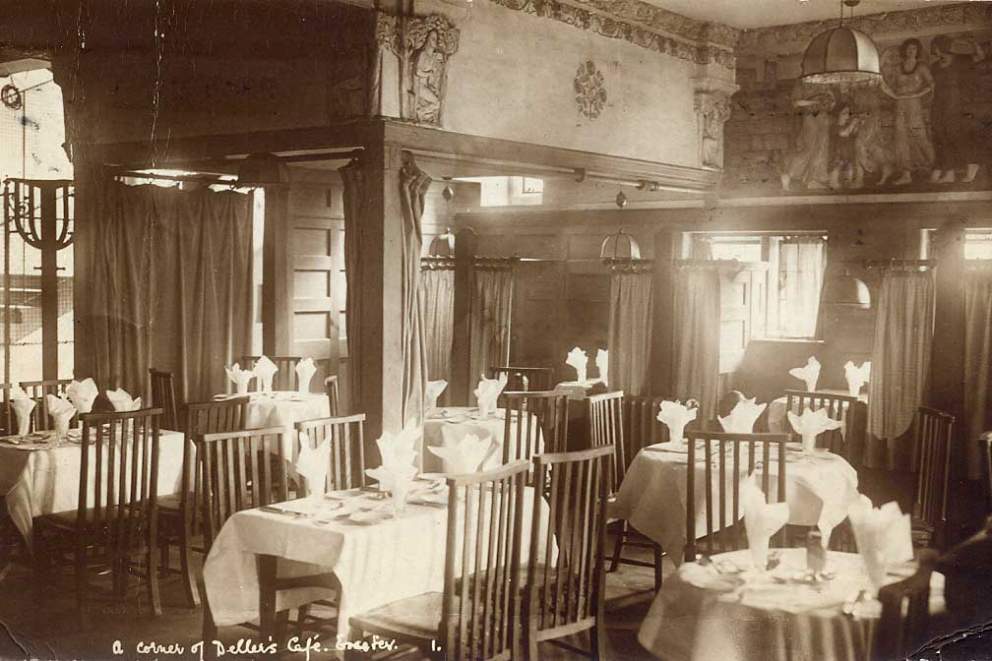 Today, in an era of fine dining, slow food and Michelin stars, it’s worth remembering that the tradition of afternoon tea was an important part of Devonshire hospitality, and an attraction for many visitors. Vintage guidebooks and postcards tell us much about the farmhouses, cottages, cafés and tea rooms that gave us more than the classic Devon cream tea with its scones, jam and clotted cream we enjoy today.

Devon’s visitors often wrote about the food they enjoyed while exploring the county. The Reverend Stebbing Shaw noted how in 1788, when staying in Okehampton, he was served the usual dessert of tarts with clotted cream. He described it as the essence of milk and “more pleasing than anything he had ever tasted.” Lady Fanshawe recorded enjoying a tart of mazzards (cherries) with “their sort of cream” when visiting North Devon, and Daniel Defoe was impressed by the quality of our local shellfish.

Following the introduction of the railway and motor car, greater numbers of visitors were able to explore Devon’s coast, countryside and moorland. Farmhouse teas provided a source of revenue for the farmer’s wife. For the visitor, it offered a glimpse of country life with the welcome taste of local and seasonal homemade food.

Devon’s abundant larder provided a rich source of tempting ingredients for teatime, especially dairy produce (clotted cream, butter and milk) and soft fruit which could be used to make jam. In the coastal regions, we read of lobster teas, and even whitebait, cockles and crab would be served to provide a more substantial tea.

Junket, a delicacy of long-standing in the county, was sometimes served at teatime. It is best made from rich milk, set with rennet and finished with a dusting of grated nutmeg. J Henry Harris’s 1907 My Devonshire Book; In the land of junket and cream, describes the marriage of cream with junket as one of the most blissful unions.

Before the introduction of baking powder in the 19th century made scones popular for tea, Devonshire splits (sometimes known as Chudleighs, farthing buns or cut rounds), made from a yeasted dough, were served with homemade jam and clotted cream – spreading the cream first in the Devon way of course! The county was well known for its richly fruited dough cakes, and the indulgent teatime treat of Thunder and Lightning – slices of fresh white bread, or splits, generously spread with clotted cream and gilded with golden syrup, treacle or honey.

Florence White – food writer and founder of The English Folk Cookery Association – produced a guide for those travellers looking for regional specialities. The 1935 Good Food Register, in its chapter on Devon, describes afternoon tea at Exeter’s Royal Clarence Hotel, where affluent visitors are said to have enjoyed the dripping cake – a simple fruit cake made with the fat from roasted meat.

In Marie Corelli’s popular novel of 1896, The Mighty Atom, readers are transported to Combe Martin, where they encounter a small, thatched cottage “overgrown with climbing roses, fuchsias and jessamine”, and a signboard (wreathed in brilliant nasturtiums) displaying the words – ‘Clarinda Cleverly Payne. New laid eggs. Devonshire cream. Junkets. Teas provided’. This was typical of the tea shops, gardens and tea shelters to be found in rural Devon.

The stylish and sophisticated Deller’s Café in Exeter (main picture) – with its unique balconied, art nouveau interior, created by architect Henry Hyams – became a special place for afternoon tea, before it was destroyed in the 1942 Blitz. The tempting menu offered crab sandwiches, ice cream, meringues, chocolate eclairs, and junket and cream.

Many visitors took home souvenirs of Devon motto wares. These were produced from Torquay’s fine terracotta clay, and decorated by craftsmen and women with reminders of the local dialect: demshur craim take an try et, enough is as good as a feast, take a little junket, or better to wait on the cook than the doctor.

A leisurely Devonshire afternoon tea enjoyed alfresco, whether it was picnics on the beach or moor, was considered something special: a bit of a frawzy. The tea shared when harvesting or haymaking was usually prepared by the farmer’s wife and daughters. A sustaining tea – including plate pies (perhaps leek, bacon and egg), buttered dough cake, homemade cakes and plenty of tea – was carried out to the hungry workers and shared in between thirst-quenching draughts of cider.

Today’s cream tea belies a much longer history of Devonshire hospitality. Let’s use our seasonal food and the best of local produce to make a special Devonshire tea – crab sandwiches, strawberries and cream, splits with homemade jam and clotted cream, and homemade cake – and continue the tradition.