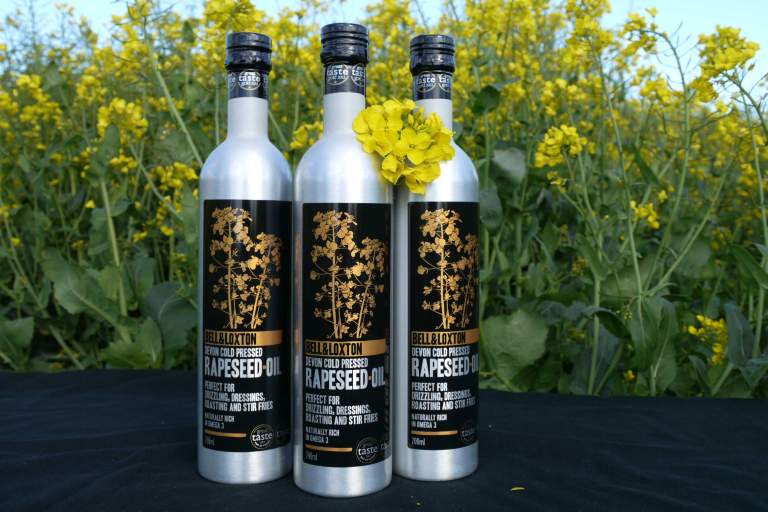 Having grown up on a family farm in Devon and developed a love of farming and a passion for producing quality food, it was only natural for Jonathan Bell to pursue a BSC Hons in agriculture. Together with his wife and business partner, Rachel, who also has a farming background as the daughter of a Devon farmer, Jonathan spent three years planning a new business before finally launching it in September 2010.

Bell & Loxton now produces cold pressed rapeseed oil, which is grown, pressed and bottled on a farm in South Milton near Kingsbridge. Financing for the project came partly from the European Agricultural Fund for European Development 2007-2013 and the pressing and bottling facilities were built using consultants based at the Food Innovation Service at Duchy College in Cornwall.

The idea for the company came about when Jonathan bought a mini press and started to experiment by pressing the family’s rape crop. It soon became obvious that rapeseed produced fantastic oil. “Rape has been grown on the family farm for the past 40 years and, until now, has been sold to the wider food industry. So it seemed the perfect crop to use, to make a delicious healthy alternative to other culinary oils,” says Jonathan. He explains that rapeseed oil is naturally rich in omega 3, 6 and 9 and has less than half the saturated fat of olive oil.

“Grown and bottled in the heart of Devon, our oil travels far fewer food miles than its Mediterranean counterparts, helping to reduce the carbon footprint and helping to enable the farm to be self-sufficient,” adds Jonathan.

Packaged in a stylish aluminium bottle means it is light to carry and transport. Aluminium also requires far less energy to recycle than glass and is better for storing the cold pressed oil, which is best kept in the dark.

Currently supplying a number of prestigious delicatessens and farm shops in Devon, Jonathan and Rachel are hoping to build their portfolio further. They will be attending the Speciality and Fine Food Fair in London this September in the hope that they will be able to launch their product in the capital.