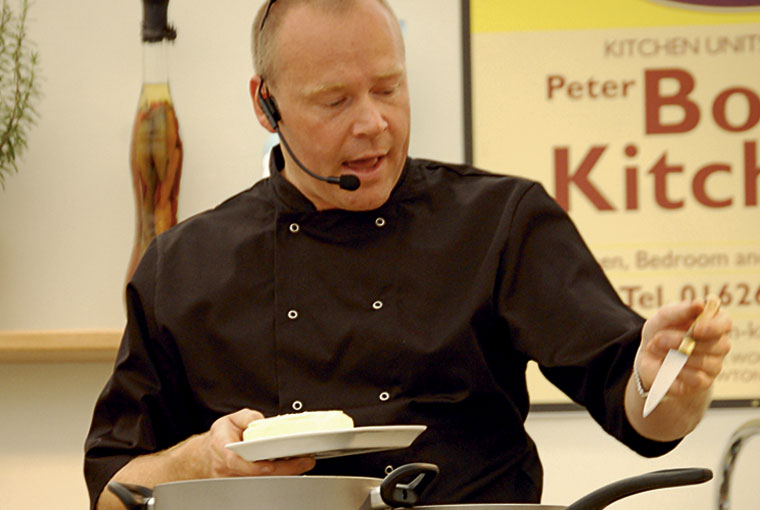 A family business run by husband and wife team Ian and Tracey, the Vanilla Pod restaurant is part of the Cridford Inn. Ian has been in the catering industry since leaving college and has won many awards for his cuisine. He originally opened the Vanilla Pod in Torquay in 2003, but it’s home is now at the Cridford Inn, which dates back to 1086 and is one of the oldest domestic dwellings in Devon.

How did you first discover your love for cooking and when did you decide you wanted to be a chef
I realised my passion for cooking in home economics lessons at secondary school at Knowles Hill in Newton Abbot. My teacher saw my potential and encouraged me to do a professional cookery course at Torbay Technical College.

Can you tell us about your background and how you came to be owner and head chef at Vanilla Pod?
I have worked at several places in the area including head chef at the Rock Inn in Haytor. My wife and I decided to buy our first restaurant (The Vanilla Pod) in Torquay in October 2003. This was a great start for us. We then decided to move to the countryside, so the Cridford Inn was the ideal place. We leased out our restaurant in Torquay and purchased the Cridford Inn.

You trained locally and have always worked in the area. What effect has working in the region had on your cooking style?
Being here in Trusham is perfect – the abundance of local produce on our doorstep is amazing. I have a passion for cooking fish so having the best crab supplier (Teignmouth-based Seafood House) right on our doorstep is superb. I am actively involved in the Visit South Devon Crab campaign too.

Over the years you have won many awards for your cuisine. Can you tell us about them?
I won the dessert chef of the year for the country’s publican awards back in 2002. It was a real achievement as the previous winner had won it for five consecutive years.

Can you describe the style of food that you serve at the Vanilla Pod?
Uncomplicated, using fantastic local produce.

How would you describe your approach to food and cooking?
I am calm and organised during a busy service. I put in a great deal of preparation time before service begins so that service runs smoothly. I have always been quite arty so the presentation has to be perfect.

What are your favourite locally sourced ingredients and why?
Crab is fantastic and we can get venison from the Teign Valley, which I like to prepare from the butchering to presenting the cooked dish.

Aside from your own restaurant, where do you most like to eat out locally and why?
The Orange Tree restaurant in Torquay is one of our favourites. It has a very similar approach to food as ourselves and the front of house staff are as attentive.

If you had to choose your favourite meal what would it be and why?
Local fillet steak, wild mushrooms with a truffle jus,served with hand cut chips and a great tossed salad.

What is your signature dish?
The Vanilla Pod chocolate cup. We have now made this available in the bar as well as our fine dining restaurant, due to popular demand.