Veganism: Getting our Vote 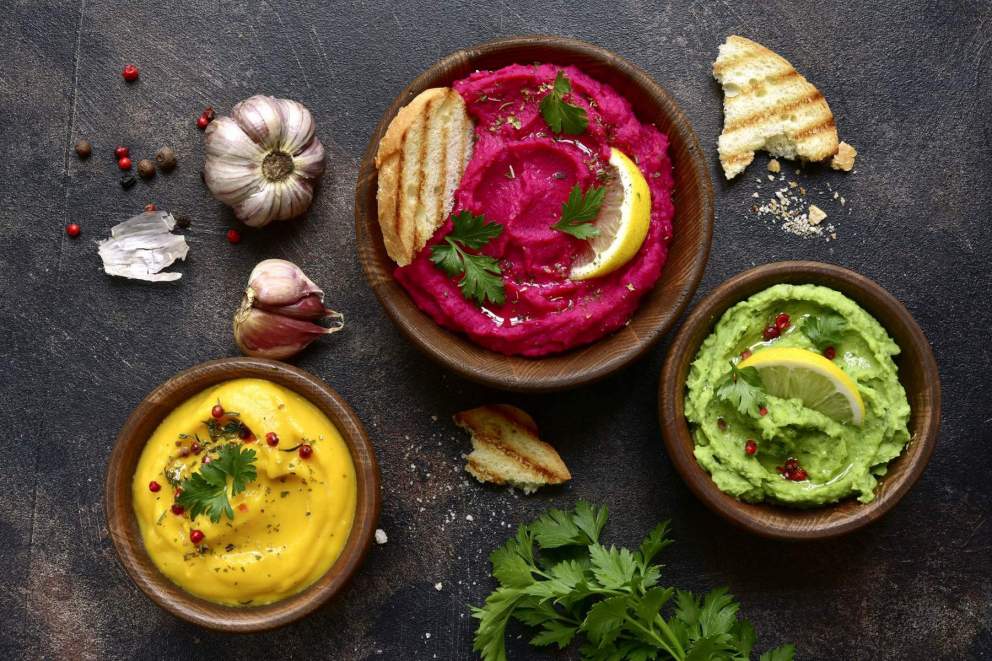 Food and drink companies of all shapes and sizes across Devon are working hard in the meat-free uplands. When we asked our local industry about the rise of veganism, we were hit by a tsunami of missives from all sectors – from drinks producers to pie-makers, and restaurant chefs to seaside catering outfits.

Take breweries, for example. Some beers contain tiny amounts of isinglass, gelatine and casein, which is why beer-makers such as Powderkeg and Salcombe Brewery now create ales without any such ingredients. “Veganism is definitely on the rise, and we get a good response to our beers being vegan because customers want choice,“ explains Jess Magill, co-founder at Powderkeg. “We made our labelling really clear. Whether people are buying a pint at the bar, or a can from a shelf, they can see that our products are vegan or gluten-free without having to check online. The conversation is growing. We will continue to work on making as many of our beers vegan as possible.“

John Tiner from Salcombe Brewery tells us his company has created Sun Drop, a gluten-free and vegan dry-hopped ale. “It’s packed full of all the flavour you would expect from a regular ale. It doesn’t compromise on taste one bit and means that even more people can enjoy our fabulous beer,“ says John.

Leanne Carr, owner of Devon Cove Produce that makes vodka, rum, liquors and cocktail kits, adds: “We are increasingly being contacted by customers asking if our products are vegan. All our cocktail kits are vegan and make fabulous postal gift boxes.“

For alcohol-free drinks, Sarah Yates from Torbay-based Sea Arch Drinks says: “All our products are (and will continue to be) suitable for vegans. Veganism continues to gain momentum and can no longer be considered ‘just a trend’ as it has become a mainstay in the diets of many.“

“As with the No & Low alcohol sector, there are a multitude of people who enjoy taking a moderate, flexible approach when it comes to food and drink, sometimes eating a vegan diet or not drinking alcohol,“ Sarah adds.

This ‘thoughtful lifestyle’ is practised by some companies such as the Exeter-based ready-meal company, Packed Kitchen. “We’re reacting to the increased demand for vegan meals by diversifying the number of vegan alternatives we use,“ says co-director, Matt Webb. “We try to avoid using tofu as the go-to meat replacement, instead utilising other ingredients such as tempeh, seitan and sunflower mince. Each has their own distinct uses and capabilities. We are also experimenting with replacing meat in dishes such as stews and paellas, whereas previously we would have two options on our menu such as a meat and a vegan alternative.“

And here’s an interesting observation from Adam Emberson, managing director at Truly Treats – a wholesale bakery in Kingsteignton: “Veganism is certainly on the rise, but it’s non-vegans making occasional vegan choices that’s really driving demand. Vegan food and drink products are now mainstream. Stiff competition in a thriving market has forced prices down and inspired manufacturers to develop better and better products.“

“Truly Treats received more vegan requests than ever this summer,“ Adam continues. “Our development team has been hard at work – our mission is to create vegan cakes, tray bakes and scones that are just as good as our non-vegan products and no more expensive. The plan is to launch four new vegan lines for Veganuary 2022, including a Cookies & Cream Tiffin, a Biscoff Biscuit Slice, a plain scone and a Chocolate Fudge Cake.“

“Yes, veganism is definitely on the rise,“ agrees Esther Pearson, managing director at Clive’s Pies which has been creating organic bakes for 35 years. “Not only are there now some 1.5 million people in Britain eating a fully plant-based diet, but research shows that in the last year alone one in four Brits have reduced the amount of meat they’re eating. As a 100% vegan business, everything we make is totally plant-based.

“Our pies, tarts, nut roasts and quiches also have much broader appeal for vegetarians, flexitarians, meat reducers and basically anyone who likes food! We’re constantly innovating to create new, tasty options that push the boundaries of plant-based eating. We recently launched our first-ever puff pastry pies including a ‘Beefy Ale Puff Pie’ and ‘Chickeny Puff Pie’, both featuring herby seitan as a meat replacement, and then a new Mushroom Nut Roast.“

Bovey Larder is another Devon company with an eco-friendly ethos, having blossomed from the founding husband and wife team, Corin and Rebecca’s, personal mission for a more sustainable way of life. When the opportunity arose, it seemed natural to combine Rebecca’s deep understanding of vegan cookery and sustainable produce with Corin’s analytical curiosity and keen eye for operational management.

Rebecca explains: “My passion for veganism started with looking at how we could be more environmentally friendly. I was shocked at the resources used to create food. However, I would say that trying to be vegan or eating a plant-based diet does not have to be an all-or-nothing choice. Just trying to replace one meal a week can be a great start, or if you cannot imagine life without bacon, perhaps eat plant-based most of the time but allow yourself bacon on occasion.“

From delivering to neighbours in need, Postal Pantry in Ashburton has grown into a busy company delivering vegan, organic, gluten-free, wholefoods and eco-friendly lifestyle products. “With tastes for plant-based foods on the rise and a greater environmental consciousness developing worldwide, Postal Pantry is now striving to provide a convenient solution for the conscientious food shopper,“ said co-founder Clare Brayshaw. “People’s lives are so busy – we know how hard it is for those even with the best intentions to find time to shop in a sustainable way. We really want to help make it a little easier for people to shop in a more sustainable and plant-based way all year round, with our online shop and grocery delivery service. A kind of conscientious convenience!“

But it’s not only about convenience. Sometimes ethical living can mean having a treat – such as the one on offer at Kingsbridge’s Twenty-Seven Restaurant where chef-owner Jamie Rogers has devised a six-course vegan tasting menu. A spokesperson tells us: “Jamie appreciates veganism is an increasingly popular dietary choice. The vegan tasting menu has attracted a lot of customers to the restaurant with very favourable feedback.“

At the Five Bells Inn, in Clyst Hydon, owner Charlie Garnham is also keen to cater for vegans among his other guests: “We have always catered for vegans across both our pub classics and specials menu, making roughly 30% of the menu vegetarian and vegan. Generally, we find we cater for a couple of vegans a week (who actually tell us they’re vegans) but we sell much more of the vegan food to vegetarians, pescatarians and meat-eaters. When you provide people with an opportunity to eat an unusual plate of food that they can’t find anywhere else, they often jump at the chance, if they are inclined to eat vegan anyway.“

Charlie adds that apart from having talented chefs who enjoy preparing vegan food: “Catering for vegans is becoming easier with our suppliers being able to provide us with quality ingredients like Dart Fresh and specialist produce from Forest Produce. This ensures we’re still using the highest quality ingredients like non-dairy milk that isn’t just standard supermarket produce.“

The award-winning Venus Company that operates at several beautiful beach-side locations across the region has been providing delicious food and drink – including plant-based options – to locals and visitors for over 25 years.

“The growing popularity of choosing vegan has definitely taken effect at Venus beach cafés and takeaways,“ commented founder Michael Smith. “With a surge in sales of favourites such as our home-made tofu burger, plant-based breakfast and our freshly made vegan cakes, we can clearly see that customer choice now includes awareness of environmental and ethical issues, as well as personal health and concern for animal welfare.

“Like many other cafés and coffee shops, Venus has also seen a huge increase in alternative milk demand, with oat clearly outselling the previous favourites. We are constantly trialling exciting new vegan recipes, as well as testing the many innovative ideas from our wonderful suppliers and producers. Watch out for a delicious Vish finger sandwich (with home-made vegan tartare sauce) coming soon!“

You may or may not agree that veganism is the answer to saving the planet, but Devon’s consumers are being given a wide, healthy choice as Veganuary kicks off in 2022.

Vegan Restaurants in Devon
Many restaurants and cafés across Devon are now mindful of vegetarians and vegans. Here are six places with plant-based menus.
www.tastebudsmagazine.co.uk/feature/vegan-restaurants-in-devon/