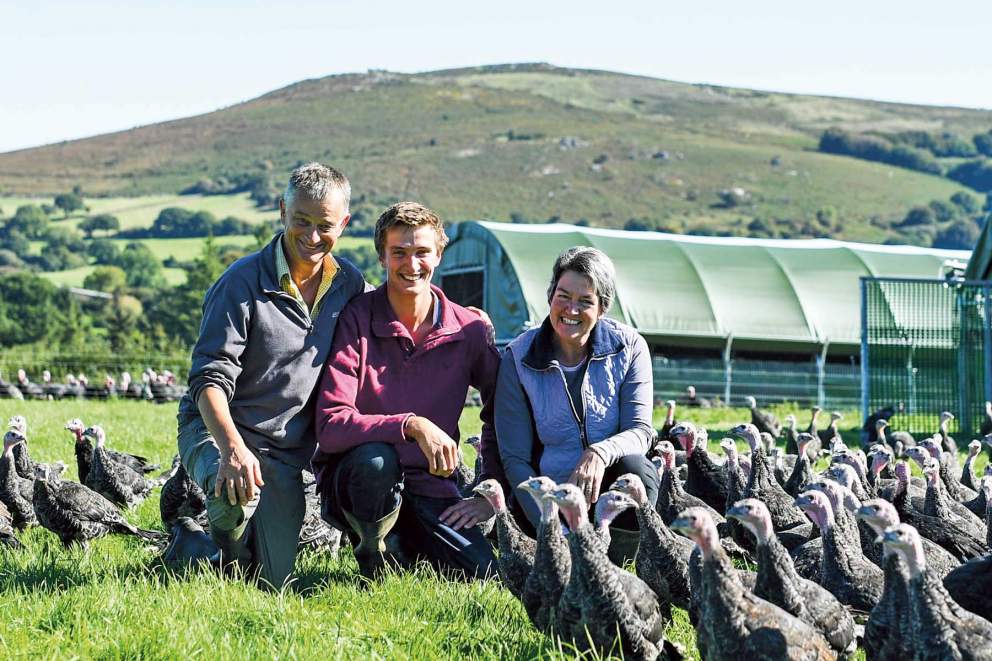 Most revellers like their biggest festive feast to feature a showstopper that is both traditional and capable of feeding a large party. Enter the Christmas turkey. Even if veganism and vegetarianism continue to grow in popularity, there will always be millions of households where that most festive of birds is required, which surely means there’s a stable and steady industry supplying it?

Maybe. But think about it and you realise a commercial enterprise relying almost entirely on a single annual meal could easily become the most difficult to manage or sustain when sudden universal problems arise.

For decades, the equation for Christmas poultry producers has been simple: buy in chicks, fatten them through the summer months, continue encouraging them to grow throughout the autumn because you know that large birds will be required at those big family gatherings. Get through the last-minute jobs of culling, drawing, plucking and packaging. Finally, deliver to customers on time during those hectic, pre-Christmas days.

But, what if a worldwide pandemic hits and suddenly large get-togethers are out of the question? Now, with little warning, you are being asked to supply a greater number of smaller birds. Then there’s Brexit, and sudden fluctuations in feed prices. Even when the pandemic begins to subside, you’re unsure of numbers because it’s not yet clear if the millions who would normally travel abroad for the December break will be forced to stay at home.

John says the recent media hype around a potential shortage of Christmas turkeys had partly come about because supermarkets were raising fewer birds on their farms due to staffing problems. “Because of this, smaller producers such as ourselves are likely to have an increase in our retail sales, or sell out sooner than expected.

“We’ve already ordered all the packaging materials – because a delivery date after 25 December is no good to anyone. We will recruit our annual team soon for our traditional method of plucking the turkeys by hand, which allows us to game-hang the birds.”

As John says, his company is likely to have no difficulty in selling turkeys: “Our classic free-range bronze, game-hung turkey always sells well – because of the simple cooking method and award-winning flavour.”

Veyseys Butchers, in Cullompton, has won multiple accolades – but even with 130 years of experience, it’s having difficulty preparing this year. “We are predicting this Christmas will be very different. Last year, the bird sizes were much smaller, as there wasn’t the flexibility for large groups to meet. This year, if we don’t go into another lockdown, we feel the orders will be much larger,” says Philip.

“Judging by the sheer number of people already on our Christmas waiting list in October, we can see a pattern forming, which is like no other year,” says Philip and Michael. “In our opinion, the media hype has pushed people to start ordering turkeys as early as possible, for fear of a national shortage. Within days of the media releasing this information, people were calling to place orders. We had to explain all our Christmas poultry is ordered in February.”

They conclude: “Over the past five years, the trend has shifted massively from customers buying mainly whole birds to boneless birds, which cook quicker. Customers have also been purchasing more variety – not just turkeys, but smaller joints and multiple meats.”

Eversfield Organic specialises in many different meats. “Our fresh wild game is very popular with customers often asking when it’s back in stock, which it is right now,” says Anna. “We’re based on the edge of Dartmoor, surrounded by estates upon which wild game birds roam. We’re also lucky to have a great local deerstalker and gameshooter.

“Our poultry has won multiple awards, especially our organic chicken, and remains a customer favourite. The outstanding taste and texture comes from happy birds who spend the majority of their time outside, fed on a mixture of organic grains and allowed to forage for themselves.”

Anna continues: “Eating less but better meat is on the way up. People still enjoy meat; however they are more conscious of its effect on the environment and animal welfare conditions. This explains the growth in organic and wild produce. Organic poultry is raised in much improved environments and organic standards ban mutilations such as beak trimming. Slow rearing means a natural life and a better tasting product.

“We’re expecting quite a traditional Christmas,” Anna concludes. “Turkey sales are likely to increase across the country – although beef is becoming a second favourite for Christmas dinner.”