With the traditional pub under threat, the fight-back has begun to return them to the heart of the community. Su Carroll raises a glass to the future 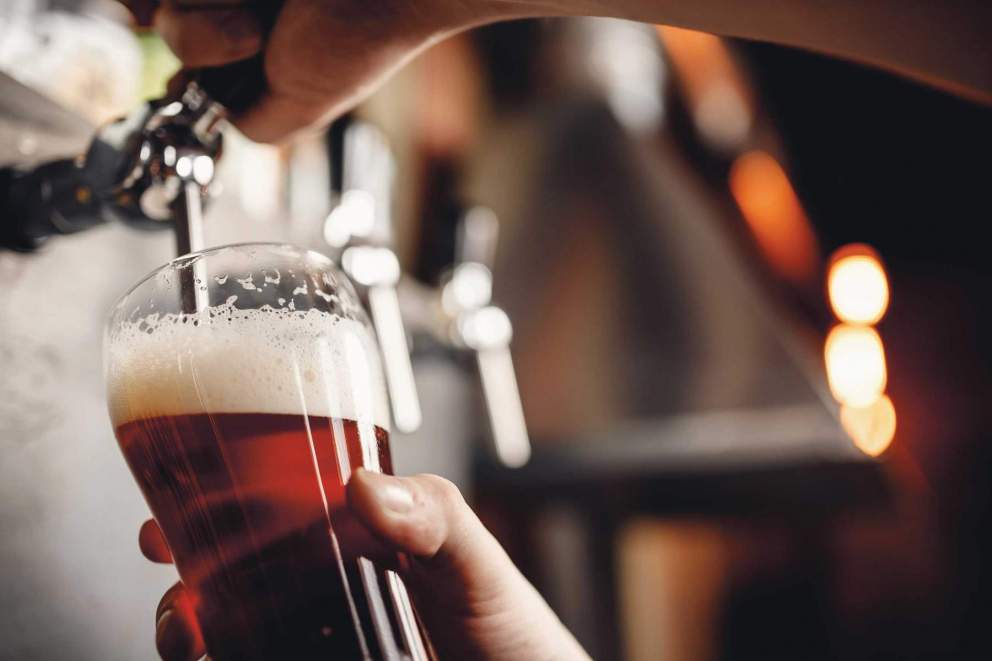 A crackling log fire, a range of interesting beers and a tasty menu chalked on a board – what’s your idea of a good pub? Gareth MacDonald, Regional Director of the Campaign for Real Ale (CAMRA) in the South West, knows what he looks for. “People want to walk in and feel welcome – that’s the most important thing,” he says. “Has it got the feel-good vibe? Do I want to spend money in this place?”

Four real ale enthusiasts started CAMRA in 1971, and today it has more than 190,000 members across the country. They have recorded the steady decline in pubs over the past 25 years and, according to their 2019 figures, closures were running at 14 per week.

Gareth says there have been a number of factors which have put pubs under pressure. “The smoking ban had an impact, which surprised me, plus the incredible amount of tax we pay on drinks. This is skewed against pubs – supermarkets pay a tenth of the price. In a pub, you’re paying 40% duty on a pint of beer. It’s an uneven playing field, where going out is a much more expensive proposition.”

Robust legislation has heightened awareness of the dangers of drink driving which has an impact on rural pubs, where they often serve a vital role in the community. But the good news, says Gareth, is that pubs are fighting back and there are now more openings than closures. “Pubs have an important role to play. In my local, you will find a few people who live on their own, so it’s a place for them to meet and socialise. Pubs double up as community venues or shops, and they offer a space for social groups and societies to meet. They are a real community asset.”

CAMRA has been supportive of those communities that want to save a local pub threatened with closure and has resources available to help them. “As well as being a community facility, a pub supports the local economy,” notes Gareth. “The money goes to a local brewery, a local business and brings people together.”

Kelly and Mike Joiner left New Zealand and bought the Tally Ho Inn at Littlehempston over a year ago. They are providing the kind of warm welcome Gareth looks for. “We have all sorts of groups meeting here – knit and natter, craft clubs – and there’s a welcome for whoever wants to come,” says Kelly. “We do as much as we can and we have live music regularly. We like to keep everything local, including sourcing our food, as much as possible.” The Tally Ho had been a community pub until the Joiners bought it, and the locals continue to support it.

The drinks offering is obviously an important element of any pub. At Teignworthy Brewery, John Lawton and Heather Dade make their cask and bottle ales by traditional methods using local ingredients. John feels things are looking up for pubs. “It does seem much more positive. We’ve been through difficult times before. When I was first brewing, in the early 90s, things were declining and pubs were closing. But it is cyclical, and we’ve been through the cycle and back again. People are a bit more optimistic,” says John.

“We’re seeing micro-breweries and micro-pubs opening. They might set up in an old corner shop where they get the footfall. It’s a lot more manageable, especially without a kitchen and the large overheads, as they’re only offering drinks (or they might have street food). It’s been going on in the background for about three years and I think we’ll see a lot more of this type of micro-pub,” adds John.

“There will be peaks and troughs. For the future, I think we need to connect with younger people, which is a difficult target market. It’s mainly people over 30 or 40 who can afford to go to the pub,” John muses.

Annie Tiner at Salcombe Brewery says that pubs have a vital role to play in tourism, especially as more people opt for a staycation. “A lot of our customers say things are going well and sales are rising,” says Annie. “We have some great pubs near us – The Fortescue Inn, The Kings Arms in Salcombe and the Millbrook Inn near Kingsbridge. I think people’s drinking habits are changing and we all feel the need to connect a bit more. Popping down to the pub is a lot more relaxed and many have a good food offering as well.”

Salcombe Brewery is a family business. John and Gerry Tiner had holidayed in the area for over 30 years, and eight years ago took a leap of faith and opened the eco-friendly brewery. It has won awards and grown to the point where it is at 50% capacity already. “My dad just wanted to start something local,” explains Annie, “and he loved beer!”

We’ll drink to that!

Do you know of a great pub, doing its bit for your community? Let us know @TasteBudsMag or email jennie@wemakemagazines.co.uk

You’re never that far from a good pub in Devon. Support your local and help keep it at the heart of the community. Here are a few we like.

The Masons Arms in Knowstone is Devon’s one and only Michelin-starred pub. It has retained its one star for an impressive 15 years. Yet this 13th-century thatched inn still manages to play a vital role as a village pub. Local food is a top priority for chef patron Mark Dodson.

The Holt at Honiton pays enormous attention to food. The team does its own curing and smoking, and runs cookery classes to share its expertise. As well as proper pub food, there’s a bar menu and delicious little tapas dishes to share.

John and Will Edwards took over The Church House Inn at Rattery in South Devon, having previously run hotels and pubs in Salcombe and Newquay. There’s been a building on the site since 1028. However, the name dates from the 1400s when retail and social activities moved from the church into other buildings – often properties they owned as in this case. It’s cosy with a log fire in winter and there’s a pretty garden to enjoy in the summer.

The Swan at Bampton is currently the AA’s Inn of the Year. The traditional English country inn is renowned for its food with a Four Star Gold rating from the AA. For the past three years, it has been named as an Estrella Damm Top 50 Gastropub.