BBC Spotlight presenter, Victoria Graham, shares her love of Christmas in honour of her father 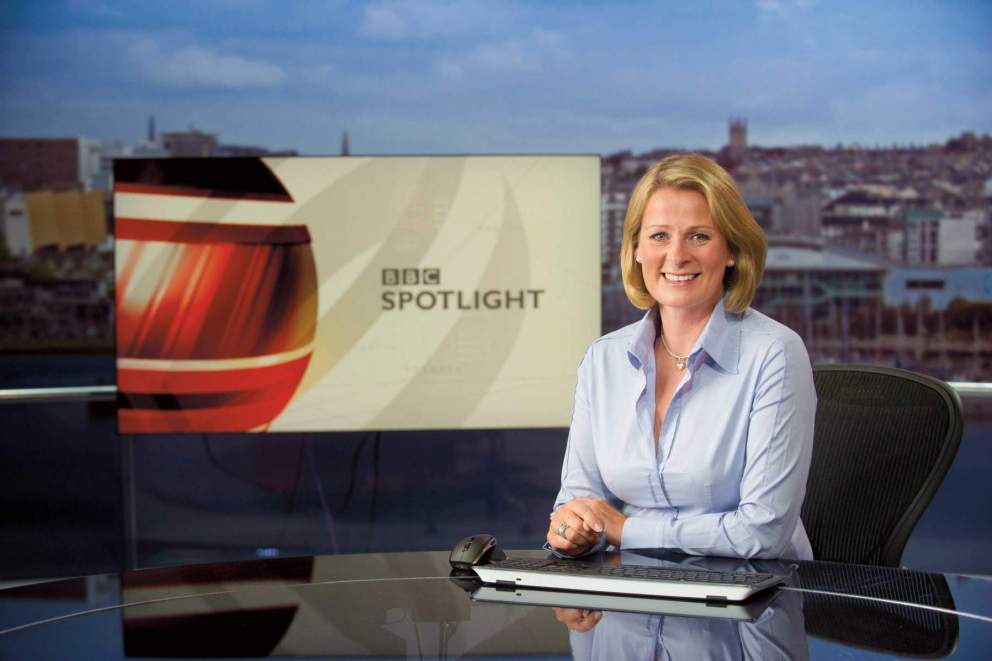 I’m a winter baby. I love it when the nights draw in. There’s nothing better than sitting in your comfiest clothes with the fire crackling in the hearth, the slow glow of a candle and the twinkle of fairy lights – that’s my perfect evening.

I was supposed to be born on Christmas Day, which may account for the fact that I often call myself Mrs Christmas! Anyone who knows me would say that I live for it. I don’t have children to share this not-so-secret passion with and people often ask me why, as an adult woman, I get so excited?

Well, I believe a little magic goes a long way. If I want to watch Christmas films from mid-November and decorate my house from top to bottom, inside and out, with fairy lights and lametta, then that’s what I’ll do. If I’m smiling, others might too. And that’s just the start of it.

Christmas is about family and that always involves food. Growing up, it was all hands on deck when it came to catering. My grandparents lived with us for six months of the year. It never ceases to amaze me how my mum did it all – working as a full-time teacher while also providing a hot meal for eight, then sitting down to an evening of marking schoolwork, amid the chaos of raising four daughters. Dad helped too, particularly when it came to special occasions, his tinkering around the edges with fancy cocktails and pretty plates are some of the things I still try to replicate today.

We were a household well known for our parties. The ‘Graham’s Sunday Party’ was an annual tradition on the final Sunday before Christmas. Preparations would start at least a week ahead. Comforting casseroles set low and slow in the oven. And there was always a choice: beef or chicken, simple stews made with love, and plenty of wine. I remember the smell of frying onions and searing meat on the hob in the early hours. The sweet, rich aroma flowing through the house, as red wine and soft, crumbly chestnuts were added in the final stages. Mum was a great cook and her philosophy was to fill deep dishes that would serve many – to avoid a last-minute rush and provide for late arrivals!

To cater for 30 was no mean feat – to sit them around a table was another!

With a table for the adults in the dining room and another in the kitchen for the children, it was orderly confusion from the start. The long festive feast usually concluded with the singing of carols around the table and the trying on of silly hats.

It’s times like this, I think of my dad. He loved a party and was an excellent host. Your glass would always be full and there was always a story to tell. He would set us tasks on the morning of a party, and woe betide anyone who got up late.

For starters, there were ‘smokers’ to make: a platter of fresh white bread triangles covered with slivers of smoked salmon, finished with a sprinkling of cayenne pepper and a spritz of lemon. A clean, damp tea towel was placed over the top to keep them fresh until the guests arrived.

In a small brown earthenware pot, rum butter was made. It was my grandad’s recipe. GP we called him or ‘Puffer Grandpa’ because he worked on the trains. Soft butter and brown sugar were smoothed together, with a good splash of dark rum. I still remember the taste of a teaspoonful scooped onto a warm mince pie – the buttery mixture melting into the pastry.

And then, there were the drinks. A whisky sour would sum up Christmas. A good old slosh of whatever whisky was in the cupboard, lemon, egg white and bitters. I would sometimes run my finger through the eggy froth, tasting the sharpness of the fruit with the warmth of the liquor – it was Christmas concocted in a glass.

It’s often still said today that I cook for five thousand! It’s something my dad used to say about mum, as there were always leftovers – and I’m the same. I love to cook and I like to provide. The more the merrier and what better time than Christmas? And that’s why I love it.

My dad is no longer here, but I am keeping his memory and traditions alive. By the time you read this article, I’ll have supped my first whisky sour, watched numerous festive films, and spread not only a little rum butter, but hopefully some happiness too.

Victoria is patron of Bowel Cancer West, the regional charity which funds research and training, and aims to raise awareness of the early symptoms. Bowel cancer is the UK’s second-biggest cancer killer, and Bowel Cancer West wants to beat the disease. For more information and to make a donation to support the charity, which like many has seen fundraising hit hard this year by the coronavirus, please visit the website