Su Carroll meets some passionate Devon rum distillers to talk about this latest spirit that’s on the up! 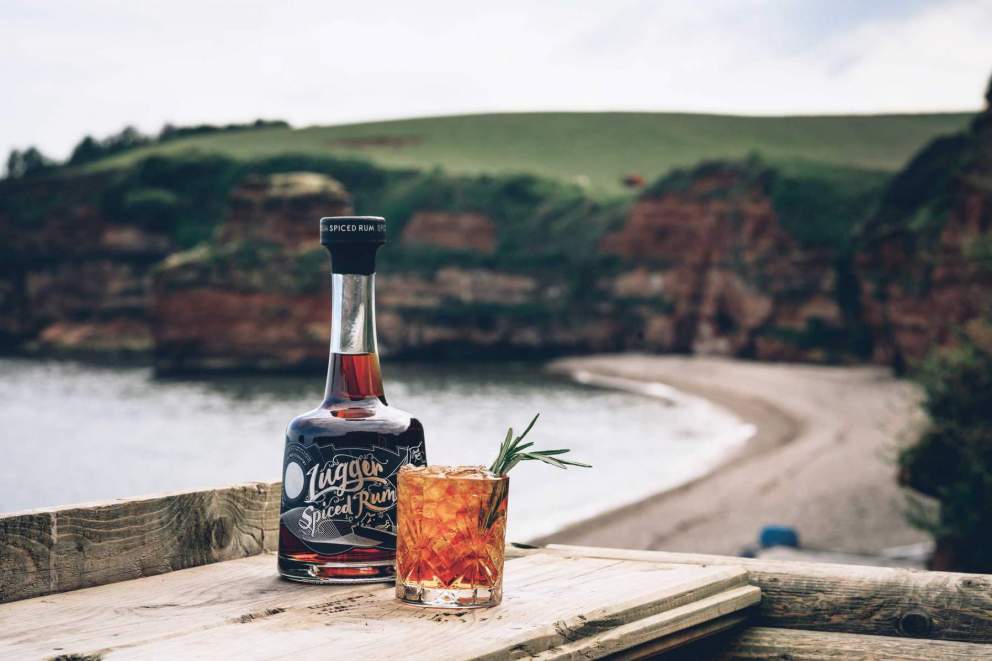 There’s always been a real air of romance about rum. On Caribbean sugar plantations in the 17th century, the workers discovered that molasses – a by-product from sugar cane – could be distilled into alcohol. It then became a valuable commodity which was traded around the world (and consequently attracted the attention of pirates). For more than three centuries, the Royal Navy issued sailors with a daily rum tot, a tradition that ended in 1970.

The popularity of gin has soared in recent years with more and more artisan producers creating small batches of the spirit. Now it’s rum’s turn, and Devon has its fair share of passionate producers.

The Two Drifters Distillery in Exeter takes its name from the lyrics of Moon River – “two drifters, off to see the world; there’s such a lot of world to see.” The two drifters in question are husband and wife Russ and Gemma Wakeham who have done a lot of travelling together – hence the name.

“You really need to have a passion for what you’re making,” says Russ, an organic chemist. “We have always been big rum fans, in fact, we honeymooned in St Lucia because of it. I think it’s an underappreciated spirit, so it’s great to see it coming to the fore. Spiced rum is having a bit of a moment. It’s a fun spirit, not as serious as whisky. Gin is massive with lots of people producing it but rum is actually pretty hard to make,” he adds. “We use molasses – which is a waste product from sugar refining – and ferment it for seven days. Then it is triple distilled to make the rum. We also do a spiced rum with star anise flowers and an over-proofed pineapple-spiced rum, which is my personal favourite.”

Fellow rum fan Philip Everett-Lyons understands the passion stirred by this spirit. “There’s the joy of sharing it with other people – and that’s how rum should be produced,” he says. Philip’s background is in film and television production, working on shows like Doctor Who and Skins. When he and his family returned to the West Country to live, he started looking for a new challenge.

“I love racing yachts and when you win, you drink rum. And when you lose, you drink rum too,” he laughs. Philip spent more than 18 months researching rums and coming up with his brand, Hattiers, named after his daughter, Henrietta. Hattiers Premium Reserve Rum is blended from four carefully selected rums from across the Caribbean and Central America. It’s aged, then blended with Dartmoor water, and bottled in Devon. “It’s absolutely versatile and has a sweetness to the nose, but it should be dry to the palate,” says Philip, who has spent two years getting his rum “into the right hands”.

A white rum and a Navy strength rum are imminent. “It’s important to evolve, and next year we will be releasing some single cask rums in short runs, around 400 to 800 bottles,” he says.

His business has passion and, like Two Drifters, is conscious of the impact on the environment. Hattiers is working towards recognition in this area with B Corporation status and has been plastic-free since day one. The company also donates 1% of its turnover to charity.

In North Devon, there’s a very personal story behind the creation of Pull The Pin rum. Injuries put paid to the service careers of Tom (an ex-Army Commando from Chivenor) and ’H’ from Special Forces but during their rehabilitation, they met physiotherapist Kerry. The three became friends and discovered a shared passion for rum, and so Pull The Pin was born. It’s a military term but also a metaphor for life to “pull the pin” on whatever’s holding you back.

With its eye-catching, colourful bottle, Pull The Pin rum infuses whole and ground spices including cinnamon, ginger, nutmeg and clove. It is then oak-aged for smoothness and body.

If all this has whetted your appetite, there’s an opportunity to learn how to make your own rum at the Devon Rum School, which is based in a big, yellow American school bus parked at The Shops at Dartington. It opened in August and is fitted out with stills for two people to share. You can create your own blend and learn all about rum, by adding botanicals to a base spirit and infusing with wood chips. The unique end product will be decanted into a 70cl bottle to take away.

The who’s who of Devon’s rum producers…

Black Tor Rum is a new premium brand from Dartmoor. With an uncompromising pursuit of quality and flavour, Black Tor Distillery is launching an eight-year-old Premium Reserve Golden sipping rum and a Premium Organic White Rum this November. A Spiced Rum and Gunpowder Rum will follow in 2021. Available to buy from independent stockists or online directly from the distillery with nationwide delivery. 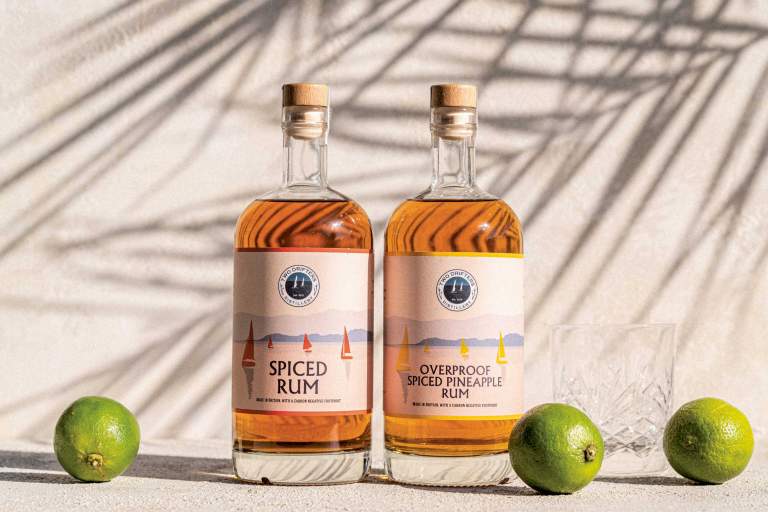 A product range of five rums, which is gradually being expanded. The company is run as a carbon-negative business with a number of measures including zero-emission energy at the distillery, a 100% electric van for Devon and Cornwall deliveries, and offsetting carbon emissions. See more online or join a tour of the Two Drifters Distillery to discover more for yourself.

This spirit won gold from Taste of the West and Food and Drink Devon for Egremont, its blended aged rum premium reserve. Two new rums – Eminence (a white rum) and Resolute (a Navy strength rum) are being launched. 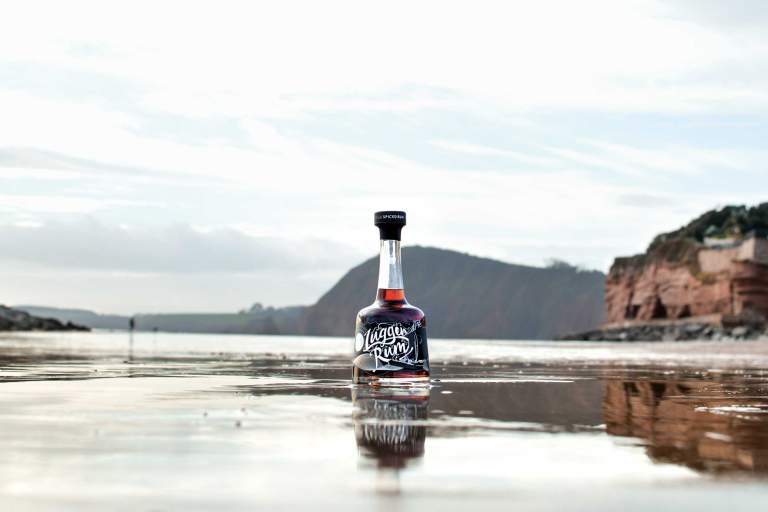 Born in the late 18th century, Jack Rattenbury was a smuggler who operated on the Devon coast. Lyme Bay Winery pays tribute to this notorious rogue with its Lugger Rum, which takes its name from the type of fishing boats used to evade the customs men. The Caribbean rum is aged in bourbon-charred oak barrels at the winery in Axminster, before being spiced up with nutmeg, orange peel, cloves and a hint of vanilla.

A small-batch, craft spirit which beautifully blends Caribbean rums from Jamaica and Guyana in the English style using Devonia spring water from South Devon, which is then infused with natural aromatic spices, pepper and citrus zest. 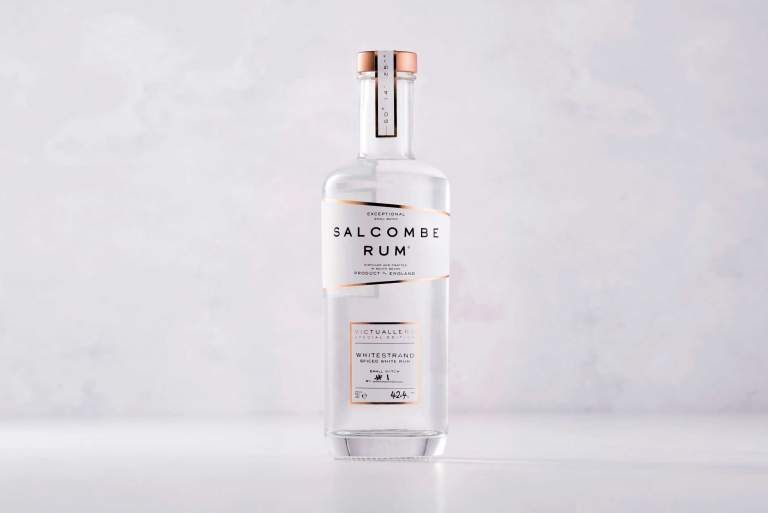 Already producing the award-winning Salcombe Gin, this distillery (established in 2016) started making a gold Salcombe Rum last year. Building on that success, they created Whitestrand in small batches of 80–90 bottles. Twice distilled for smoothness, there’s no added sugar after distillation to give it a sophisticated edge.

This Plymouth-based distillery starts with its own sugar molasses, fermented with British yeast, before distilling with fig for sweetness, orange for citrus and then adding its own blend of spices and American-charred oak to give the rum a slightly smoky finish. It uses the same slow distillation process that it does for producing gin, which results in a smooth, almost creamy finish. It won a silver award from Taste of the West. 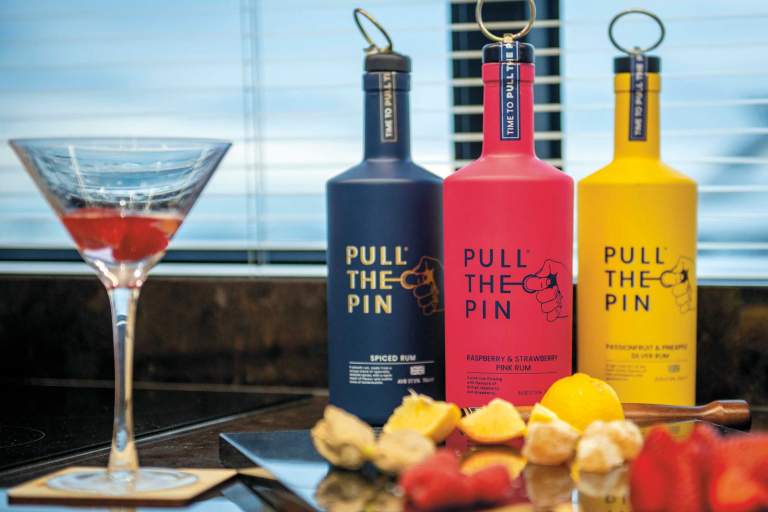 This company produces a spiced rum, a passionfruit & pineapple silver rum, and a raspberry & strawberry pink rum, in bright, eye-catching bottles with a grenade-style pin attached to the stopper.

Warm gently, being careful not to boil, and strain into a suitable glass or mug. Serve hot.

Add 25–50ml of Two Drifters Spiced Rum to a glass with ice and a wedge of lime. Top up with ginger beer.

In a tall glass, muddle four wedges of lime, four mint leaves and two teaspoons of caster sugar. Add 50ml of Salcombe Rum Whitestrand and stir until the sugar has dissolved. Fill the glass with ice, top up with soda water and gently stir. Garnish with a sprig of mint.