Local apple orchards are enjoying a resurgence, thanks to a passion for growing and a thirst for Devon cider 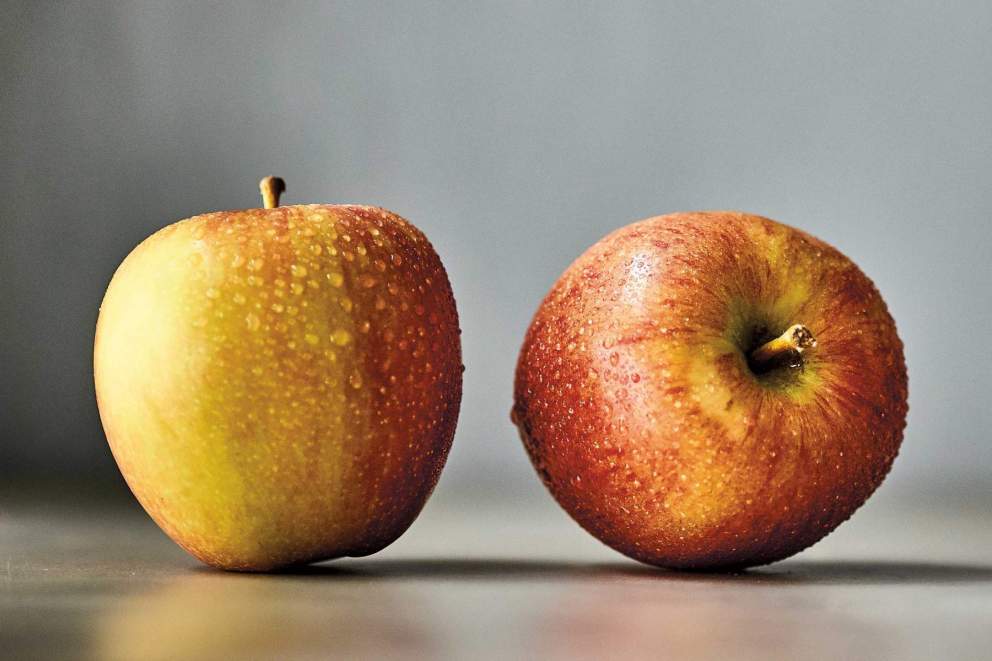 Passionate enthusiasts are reviving the fortunes of the apple in Devon with new orchards being planted, many of them with traditional, heritage varieties that have delicious names such as Slack-ma-girdle, Billy Down Pippin and the Devonshire Quarrenden.

In 1998, a group of orchard owners, cidermakers and fruit enthusiasts – all determined to reverse the decline in traditional South Devon orchards – set up Orchard Link. They offer lots of practical support and advice to people setting up their own orchards, and hire presses, mills and pasteurisers at harvest time.

Their network of members means anyone looking for apples, or with a glut of apples, can be put in touch with each other to minimise waste. They were given a Heritage Lottery Grant, supported by public and private sector funding, to set up a community orchards project with over 20 groups from the edge of Plymouth through to Torbay and from the coast up to the edge of Dartmoor.

Jason Mitchell from Ashridge Cider is typical of Devon’s modern cidermakers. “It started as a hobby, then it became a serious hobby and now it’s an all-consuming business,” he says, laughing. “We lived on a farm that had an orchard and I could see the apples falling and going to waste. I was between jobs and I suppose I just got bitten by the cider bug.

“I came from a mixed background, with a degree in biochemistry and experience in farming and forestry work, so I was interested in the chemistry of cidermaking and took a rigorous scientific approach. This was a time when cidermakers didn’t have the best of images in the UK and they were the butt of many jokes. I was determined not to be involved in any draught cider, and started off making sparkling cider with the Champagne method to get away from all those connotations.”

The Ashridge branding on its cider and organic soft drinks is a step away from the traditional pictures of apples on a tree. Instead, the abstract images are inspired by the St Ives artist Sir Terry Frost. “We used to have apples on the bottle until we re-branded four years ago,” explains Jason. “We were confident and happy with the products we were making, but there were an awful lot of cidermakers with apples and trees on their products and we wanted to find a new audience.”

Hunt’s Cider in Stoke Gabriel has been in the business for more than 200 years. Sheep still graze in the orchards where the apples grow in an Area of Outstanding Natural Beauty. Hunt’s is still using the same apple varieties eight generations of the family have used, pressing on original equipment. Some of their trees are 80 years old.

The Royal Horticultural Society, founded in 1804, has also been doing its bit to ensure that diverse old varieties don’t die out. In March, it planted 45 cultivars of rare Devon apples to establish a unique ‘mother orchard’ at its Rosemoor Garden in North Devon. The apples were gathered from small collections, local farms and even private gardens. This new orchard of eaters, cookers and cider apples complements the current apple trees in the Rosemoor fruit field, and will be used in the restaurant, turned into Rosemoor cider and juice, or sold as bagged apples.

Support for the project came from the North Devon-based Orchards Live, and the Chair, Tattwa Gyani, describes it as “very exciting” to be keeping the cidermaking tradition alive in Devon. “We have 240 members and we run a lot of different courses – on grafting, pruning, cidermaking or juicing,” she says. “We have several members who have around 200-250 trees, and some who have just three trees in a back yard. Some people might buy a property with a field that has some trees in it. Some people are hooked on the rural history, some people just want to keep their orchards going.

“We have two members near Barnstaple who have had their first commercial year as cidermakers and want to expand. There seems to be a market for it,” she continues. Orchards Live also runs a website called Devon Apples – a valuable resource on local varieties.

Ridgeway Cider handcrafts Devon cider on a Victorian press. “Cider has become more popular,” says owner Steve Hasell. “The renewed interest in craft ciders is partly due to the high quality of the ciders made today, and also because enthusiasts like to drink a traditional and natural product.”

For a directory of Devon apple varieties to grow your own, visit Orchards Live’s devon-apples.co.uk.