Su Carroll looks at the changing focus on food at Dartington 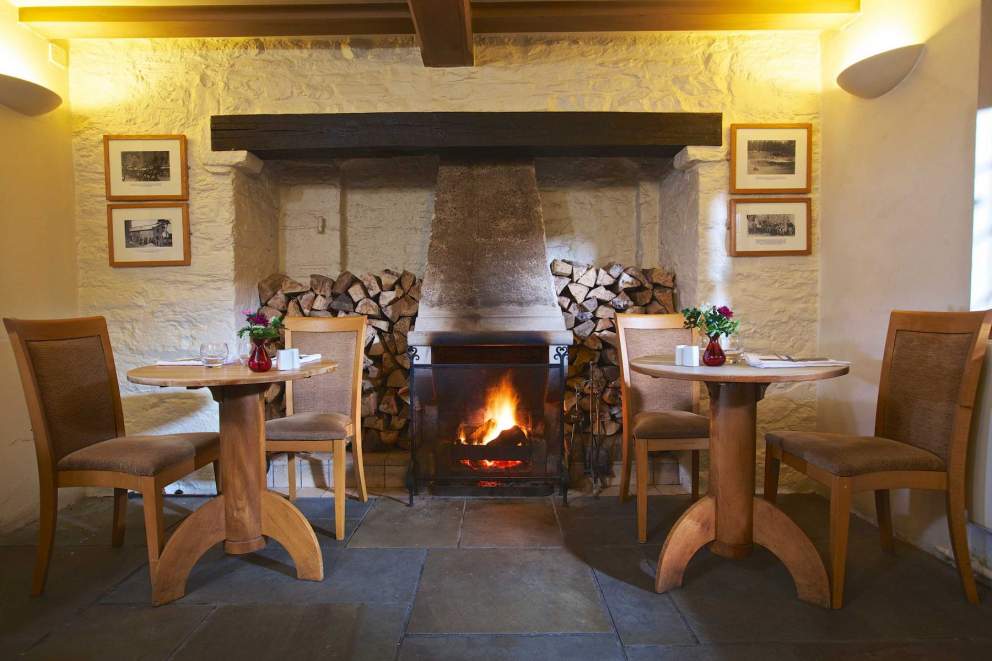 In 1925 Leonard and Dorothy Elmhirst bought the run-down 14th century Dartington Estate near Totnes. They were visionaries who began what they called the “Dartington Experiment” – bringing together other like-minded, creative people for education and inspiration.

In the early days the couple spearheaded changes to the estate – Schumacher College, Dartington Hall School and Dartington Tweed Mill were established to be followed by Dartington Glass and The Shops at Dartington, a hub for local artisan crafts. What started as a social enterprise grew to embrace the Dartington Summer School and Festival and provide a beautiful backdrop for events such as the Ways With Words literary festival which has visited every summer for over a quarter of a century.

Times change and this 90-year-old charity has been reviewing the situation to make sure Dartington Hall Trust is fit for purpose in the 21st century without losing sight of the vision of the Elmhirsts.

One of the areas earmarked for expansion is food and chef Oliver Rowe was appointed to write a food policy to move the Trust in a different direction. It was a good fit for the Dartington ethos – Oliver is the man whose trials in setting up a London restaurant with locally-sourced food was recorded in BBC documentary, Urban Chef.

“Dartington is an amazing place,” says Oliver. “It offers a broad spectrum of the elements you need as a person to approach life and any given situation. It’s a holistic approach and I love that.”

Dartington is home to The White Hart Bar and Restaurant, holder of a Sustainable Restaurant Association star, the Roundhouse Café which offers drinks and light snacks and a new space – The Green Table - which has an informal atmosphere with big tables, a Deli-style counter, an open plan kitchen and a big terrace with tables and chairs.

Following on from the example Oliver set at The Green Table, The White Hart now sources more and more from the 1,200 acre estate’s growers, more widely from Devon’s producers, and when sourcing from further afield is working hard towards using ethical and fair trade produce.

The walled garden that Oliver set up and worked to fund, with grower Sarah Coates at the helm, is providing not only fresh produce but also a template for how to work with small, local growers.

“It can be difficult to work with really small producers,” admits Oliver. “Some of the ingredients that we need are hard to find in the volume we want. Then it’s about menu planning and discussing with the producers what we’re cooking and making sure they know what we’re about. We’re about great ingredients, locally sourced, about being considerate to the environment and working with people in the area. We have respect for the produce, the animals and staff. That’s the food concept.”

Oliver recently brought in Eamon Fullalove to lead the White Hart kitchen. The former head chef of Jamie Oliver’s Fifteen Project in London and the Curator Café in Totnes, Eamon is already making changes at the White Hart and creating a great new menu based on Oliver’s policy.

Oliver started cooking as a teenager, working in the kitchen of an art school in Tuscany, run by his cousin, the sculptor and art historian Nigel Konstam. He learned from Italian women how to make simple pasta dishes that owed a lot to the landscape surrounding him.

At the age of 22 he wandered into the kitchens of Moro in London looking for work and found himself honing his craft there. Stints at restaurants in London and France followed before he opened a café in London and then a restaurant, Konstam (after his grandmother) at the Prince Albert  – the focus of the Urban Chef series.

“My mum was a very, very good cook and so was my grandmother and I definitely have a connection to that period in time. One of the great things about the chefs at Dartington is they’re not throwing anything away; there’s an appreciation for the ingredients - the way they’re cooked and presented. It’s about keeping it simple.”

Oliver follows on from his time at Dartington to spend a year in Italy making cheese, wine and oil at Fattoria Corzano e Paterno in Tuscany.