With the help of local chefs and producers, Anna Turns unearths some fresh ways of cooking with vegetables 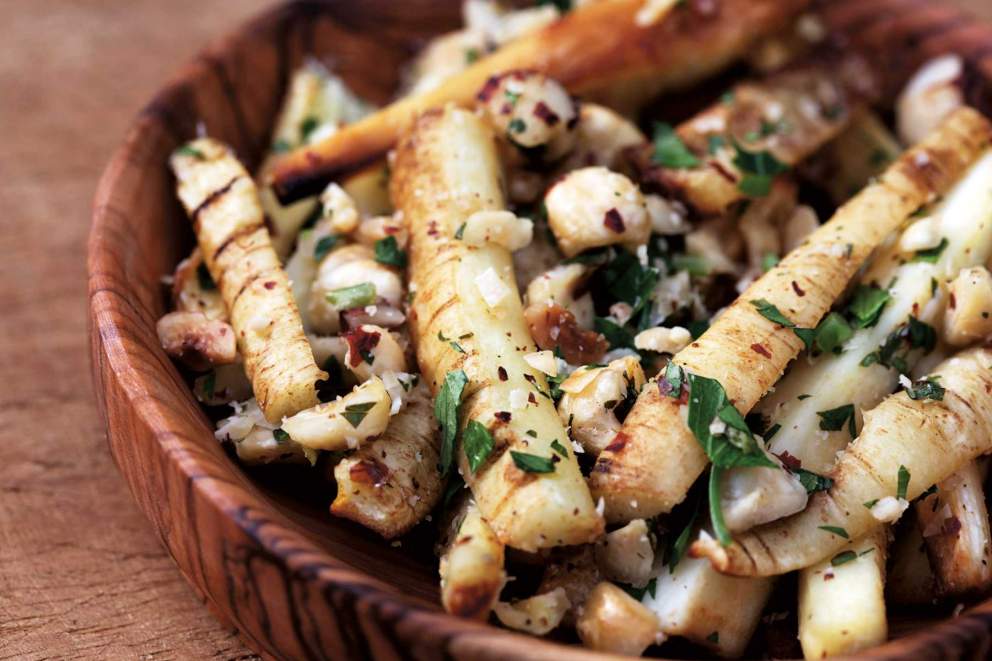 Having just bought a juicer, I’m currently experimenting with weird and wonderful fruit and veg combinations – who knew spinach, courgette, pear and lime could taste amazing? But if the liquid form is not for you, there are plenty of exciting, fresh ways to eat your five-a-day. It’s not all savoury either. With unusual combinations like cauliflower cake or beetroot chocolate brownies, it’s easy to be inspired to get back to your roots.

Jane Baxter, Devon’s Queen of Veg and co-author alongside Henry Dimbleby of Leon: Fast Vegetarian, thinks we should all have more confidence to experiment in the kitchen: “Britain seems to be culturally behind other countries when it comes to cooking veg creatively,“ says Jane. “On my travels to Sri Lanka I discovered an amazing diversity of vegetable curries (try my grated beetroot curry) and I’m influenced by dishes native to the Puglian and Umbrian regions of Italy, such as ricotta fritters.“

In her book, Jane shares numerous varieties of rainbow-coloured coleslaw and mashed potato with extra kicks. Her Creole rémoulade made with celeriac is livened up with paprika, spring onions and a pungent dressing. She is innovative, using finely sliced celeriac as an alternative to lasagne sheets and revitalising root veg with her sumptuous parsnip cashew coconut cake. “Vegetarian food can be so exciting and ultimately it is healthier and more sustainable than eating too much meat,“ she adds.

Chef Tim Maddams of River Cottage fame also knows how to serve winter-warming veg as home comforts in their own right and a favourite is slow-roasted leeks and cheese on toast. “Using the white part of the leeks, wrap them in a foil parcel with thyme sprigs, salt, pepper and a dash of water. Bake at 180°C until tender, then squeeze out the mushy leeks carefully, place on some garlic-rubbed toast and add cheese!“ Another recipe suggestion from Tim is spiced potatoes: “Peel your potatoes and cut into chunks, season well with oil, salt, pepper, cumin seeds, coriander seeds and paprika. Bake in the oven, turning occasionally, then add tomato passata and cook a little longer. Remove from the oven, sprinkle over chopped coriander and serve with minted yoghurt.“

Paloma Hermoso, founder of Exeter’s The Tiny Marmalade, preserves seasonal veg to make produce available all year round. Paloma shares her recipe suggestion using winter veg: “Carrots taste sweeter at this time of year, and one of my winter favourites is carrot and blood orange marmalade.“ She continues: “The earth-sweet flavour of the carrot complements the blood orange, which tastes like an orange kissed by a raspberry. This colourful, sweet and tangy marmalade brightens up dreary winter days.“

Julia Ponsonby, author of Gaia’s Feasts and Head of Food at Schumacher College, has a lot of fun creating vegetarian dishes suitable for large community meals. “One of the most popular recipes for winter is rubbed kale salad. Instead of cooking kale, it is torn into small pieces and then massaged between your fingers until bruised so it is easier to digest.“ Once torn, the raw kale is mixed with a simple dressing of lemon, tamari and olive oil. The weirdest recipe in her collection? Probably the chocolate avocado truffle torte: “Avocados have really surprised me and been an excellent substitute for whipped cream in vegan desserts!“

For Julia, parsnips are an unsung hero. “In Elizabethan times, parsnips were used as a sweetening agent before cane sugar was imported. They are deliciously sweet when roasted as small chips or made into a warm parsnip and hazelnut salad.“

Incredible Vegetable’s Mandy Barber grows heritage varieties and conducts ’vegetable experiments’ at her productive allotment in Ashburton (incrediblevegetables.co.uk). Obsessed about growing unusual edibles, Mandy loves finding new veg to grow and cook with. “Vegetables are like buried treasure under the ground,“ she says. “I’m trying hard to revive the demand for skirret roots, the ancient perennial parsnip that was popular in Elizabethan times before easier-to-peel potatoes were introduced.“ Another favourite of Mandy’s is the cardoon, a 7ft-tall plant: “I bake the sliced stems in a rich stilton sauce to make a delicious gratin.“

Mandy also recommends cooking Peruvian ulluco tubers like you would a potato, boiled or in a sauce. They have a beety taste and their colloquial name is ’earth gems’, reflecting their bright colours. Still a staple food in South America, oca tubers taste citrusy, and she suggests roasting or frying them as a potato alternative. Another seasonal treat is the nutrient-rich Daubenton’s kale, which Mandy describes as “the old perennial cottage garden kale – great for making kale crisps in the oven.“

There’s no end to the delicious choice when it comes to unique ways of cooking the veg we’re used to, as well as ways of incorporating more unusual varieties into our staple diet. Whether it’s sweet or savoury you’re after... try something new!