More people than ever before are eating plant-based meals. As Su Carroll discovers, adopting a vegan lifestyle is not just an ethical decision... 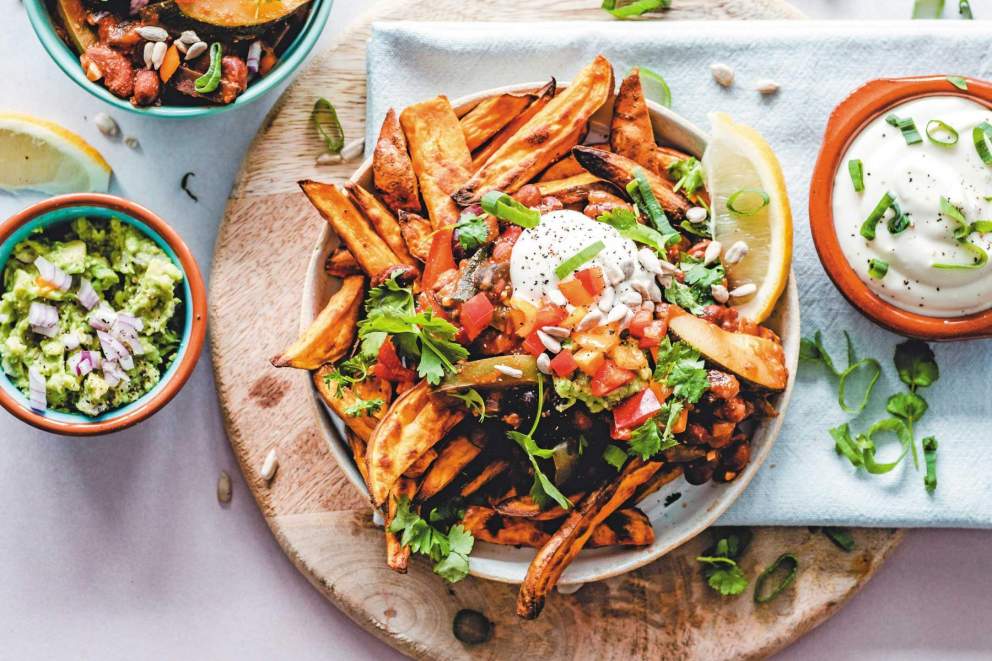 The number of people signing up to the Veganuary campaign – which encourages everyone to eat only plant-based meals for the month of January – more than doubled in 2019, compared to the previous year, with a quarter of a million people taking the pledge. According to The Vegan Society (which started in 1944 with only 25 members and now has more than 7,000), one in three people in this country have stopped or reduced their meat consumption, with the number of vegans quadrupling between 2014 and 2018 to around 600,000. Surprisingly, a staggering 92% of plant-based meals consumed in the UK last year were eaten by non-vegans.

For many, the decision to stop eating meat and fish is an ethical one with concerns about the environment and the treatment of animals that provide us with food. Vegans also cut out dairy products like milk, butter and cheese, alongside eggs and even honey.

There is one advantage to taking meat out of your diet – a survey by Thinkmoney estimates that becoming vegetarian saves £645 a year. But, many people are discovering another benefit – the food is simply delicious. There are some fabulous plant-based choices on menus and Devon’s Michelin-starred restaurants – like Gidleigh Park and Lympstone Manor – offer a vegetarian tasting menu, which is also suitable for vegans.

Exeter mum Sharon Pavey became a vegan in 2012, having been a vegetarian for 27 years. With a household of five to feed, she decided to share her experiences on a website, Super Savvy Vegan. “I chose that name not because it’s expensive being a vegan as opposed to anything else, but because we’re on a budget and, like everyone else, we’re dealing with rising food prices in the shops,” she explains.

“It can be mind-boggling when you first start and sometimes it’s overwhelming. Things are improving all the time but we need to continue to make chefs more aware of vegan food and improve training. We are pretty blessed with vegan options in Exeter – if you go to an Indian restaurant there are often great choices, as long as they don’t cook in ghee. When I made the decision to go vegan it was a lot easier than I thought. You’ll often hear people say: ‘I wish I’d done it sooner’,” Sharon says.

Plymouth businesswoman, Jo Lines, would agree. She says she’s always been vegan “in her head” and one day, stressed by work and the pressures of everyday life, she decided to take the plunge and embarked on a ten-day detox. “By day nine, it was amazing. I felt so much better for not having dairy and had always felt guilty eating meat,” she says. Jo had a background in property but becoming vegan in 2018 made her realise there was a gap in the market. “There was nowhere open on a Sunday. I didn’t want to go down a normal supermarket aisle and have to read all the labels,” she says. So, Jo – with business partners Chris and Charlotte Harris – opened the first vegan supermarket in Plymouth in March this year. “I want to make it easy for other people, so I spent about 5,000 hours researching,” says Jo.

“We have strong links with a lot of local people making pies and vegan cheese. And we’ve got great lunch options including sandwiches and wraps – flavours like tikka, Mediterranean veg, and red cabbage in a vegannaise dressing – all made fresh daily. We also sell vegan ready-meals and ice creams.”

The Plymouth Vegan Company currently stocks around 700 lines and, being new, is open to suggestions from customers.